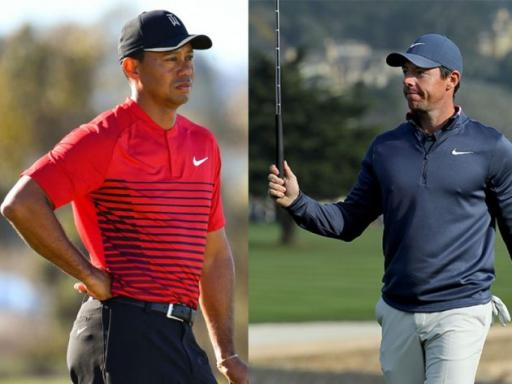 Tiger Woods has revealed it may have been a "smart move" to bypass The Northern Trust last week.

Speaking ahead of this week's Dell Technologies Championship, Woods was asked about his spot on the post-season points list following his tie for 40th last week at The Northern Trust.

“I saw that even though I thought I played well last week, I fell,” said Woods, who dropped from 20th to 25th on the FedEx Cup.

“So some of the guys who skipped last week, it might have been a smart move, whether it was Rory [McIlroy] or Henrik [Stenson]. It's a long stretch.”

One player who skipped last week to concentrate his efforts on a big final push in the FedEx Cup - and upcoming Ryder Cup - was 2016 FedEx Cup champion Rory McIlroy.

Despite taking last week off, McIlroy only slipped seven spots down to 28th on the list.

Winless since landing the Arnold Palmer Invitational in March, the world number seven admitted to spending the last two weeks working hard with his coach Michael Bannon in south Florida.

“It was more just to work on my game,” McIlroy said. “I just needed to have a couple of weeks off and sort of assess where I was at and what I needed to do to improve and go forward.

“We worked on a few things, sort of looking back at old video all the way back to when I was 16 and sort of what I've done well in my swing throughout the years.”

NEXT PAGE: TIGER MY WAGE!