'You are not Tiger Woods': 5 of the most ANNOYING things to avoid playing golf

Here are some crucial things to make sure you don't do if you want to ensure you get an invite back to a golf game. 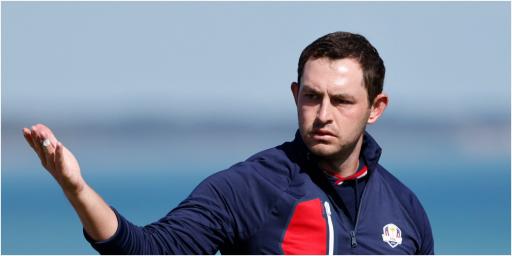 We love the game but let's face it there are countless things we constantly hear on our weekly rounds that drive us mad.

If you dwell over the ball for an eternity or yell cliches like "get in the hole" or "mashed potatoes" then you may not get an invite back.

This is where GolfMagic has decided to take the lead and help you avoid becoming an annoying person to play with.

We have picked out five of the most frustrating things you can experience on a golf course just so you can avoid being that person.

THE EASIEST WAY TO HIT A FLOP SHOT

Saying "get left" to a slicing golf ball.

As someone who falls foul of having a steep angle of attack and presenting an open club face to the path, this is right up there. I know exactly what creates a slice, but the issue is I'm not good enough to change it. Stop yelling at my ball to get left when I know it is going miles right. Don't pretend like it's suddenly going to get some draw spin.

Talking too much about rounds that could have been

We're sure everyone hates this. "I was standing on the 15th tee then disaster struck". Yeah, we get it, you had a good round going then you've dropped multiple shots over the last few holes. If only, if only if only. If only my auntie had b******* she'd be my uncle. I really don't care about what you could have scored. And nobody else does either.

Coaching on difficult shots, like hitting a driver off the deck

You've hit a decent drive on a par-5 now you're either going for the green or trying to hit a decent layup to get a wedge in your hand. Sometimes, you might be tempted to hit the big stick off the deck. Unless you are a qualified pro then we do not need your coaching.

Saying "that might be OB" when it's clearly off the planet

I know you might be trying to soften the blow. But we all saw it. The ball clearly going out of bounds and a reload is necessary. It really gets on players' nerves by adding the "might". It might be OB? I might just slap you.

Caring far too much about yardages

There might be times when you're playing away from your home club and you're presented with a hole that bamboozles you and you legitimately have no idea what club to hit. Think of a nice par-3 when you're on your golf holiday and a picturesque hole presents a pin on a green that is massively below your feet. I'll excuse that. But seriously, does it really matter if a pin is 150 yards or 154 yards? You're going to stiff it, are you? This is amateur golf. Just hit the damn thing.

RELATED: WHAT NEXT FOR RORY MCILROY?

NEXT PAGE: HOW TO WATCH THE BROOKS AGAINST BRYSON MATCH