Rory McIlroy: Where does he go from here and will he SWING back into form now?

Rors burst onto the scene and he bounced down the fairways, now he is weighed down by negativity and needs to adopt a fresh attitude. 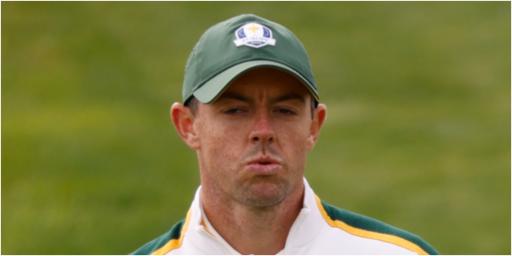 Rory McIlroy was not born to be a superstar.

He was a normal, buck-toothed young lad from Northern Ireland who just so happened to have a natural talent for golf.

He never wanted to be famous, he just wanted to be known for his golf but in recent years he has been weighed down by negativity.

Since his last major win at the 2014 PGA Championship at the age of 25, McIlroy has continually expressed some form of displeasure.

He's been less than impressed with major performances, hasn't been pleased with how his comments come across in the media and has not been happy with his schedule.

McIlroy was not enthused about the Olympics altogether or even which country to represent, then swiftly changed his mind.

The 32-year-old returns to the PGA Tour this week at the CJ Cup after a grueling Ryder Cup which saw him sit out a session for the first time since he made his debut in 2010.

He was battered, bruised and beaten by the Ryder Cup and was reduced to a broken man who collapsed into the arms of his wife just by the 16th green when the reality of Europe's fate was all but sealed.

The only thing McIlroy can take from the week was how he salvaged some personal pride by taking a point off Xander Schauffele.

But now is a time where McIlroy needs to adopt a fresher attitude.

Clean slate, it's go time and there is no reason to believe he cannot eclipse what he achieved in his 20s by the time he reaches the age of 40.

McIlroy has previously spoken of the importance of momentum, particularly in major championship weeks. It's hard to remember the last time he had the lead late-on in a major.

So something is definitely askew.

His swing is text book and he appears to have relaxed a little in his pursuit of greater speed and distance and perhaps his return to swing guru Pete Cowen will begin bear fruit.

McIlroy will return to the CJ Cup refreshed after a well-needed break and nobody will be surprised if he wins.

In fact, it won't surprise any of us if he goes on a winning streak between now and the Masters.

But hopefully if McIlroy is at that point where he turns up to a major having been in the winners' circle again his attitude is a little bit different.

McIlroy has learnt a lot about himself in recent years, but one thing is clear about him and that is he wants to be appreciated.

But the negativity fog has been visibly weighing him down.

Like Dustin Johnson says, you can either hit a good shot or a bad shot.

So why bother dwelling on the negative?

RELATED: WHY IS THE PGA TOUR TRYING TO RUIN OUR FUN?

NEXT PAGE: WHY TIGER WILL GET $8 MILLION FROM THE PGA TOUR

Rory McIlroy
PGA tour
swing
masters
Ryder Cup
Previous
Best Golf Tips: How to hit a flop-shot Phil Mickelson style!
Next
Justin Thomas reveals what he has done with the MAJORITY of his Ryder Cup gear!