Find yourself on the upslope in the bunker? PGA coach Sam Quirke teaches us how to get it close 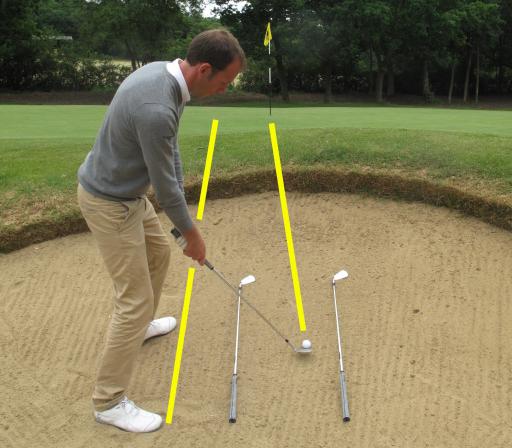 As much weight forward as you can

The ball may be sitting up nicely but there's still a lot that can go wrong; thinning it or taking too much sand is a distinct possibility. PGA coach Sam Quirke believes it doesn't have to be such a nightmare.

At set up the ball location will be at the inside of the left heel while your left foot is pointing 30 degrees out. Your shoulders should be square to the playing surface and as much weight as you can moving forward.

As you can see in the photograph, the club's shaft is middle or just back of middle of your stance despite the steep gradient. Try not to get into the habit of pushing your hands forward as this will reduce the club's loft.

Click the next slide to see Sam's stance front on...