'Use the Ace of Diamonds!' 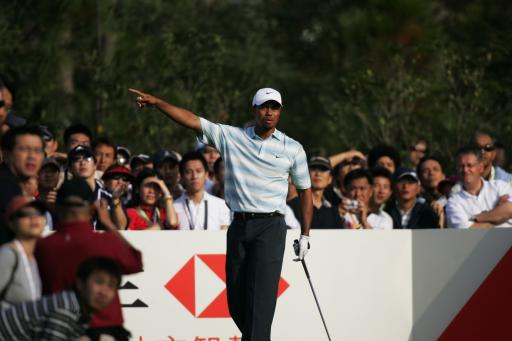 How to stop slicing must be one of the most popular questions a golfer asks a golf professional. Apart from 'the shank' it's probably the most destructive shot in the game but it's also one of the easiest faults to cure.

All you have to do is use a little imagination.

When a golfer slices the ball, I can guarantee, at the moment of impact, the shoulders have spun open and - for an orthodox right-handed golfer - the chest will pointing left of target.

This is caused by an out-to-in swing where the clubhead approaches the ball on a path which, from behind the golfer, slices across the ball from right to left, causing the shot to curve high on a spinning left to right trajectory.

Here's a swing thought to help you control the shoulders, change the path of the golf club towards the ball and ultimately reduce the chances of hitting that dreadful slice.

Imagine that you have pinned to your chest a playing card - for example the Ace of Diamonds - and make a practice swing. Between you and the target have someone stand to see if they can see the card as you swing down to impact.

If they can see the card your shoulders have spun open too much and you would be attacking the ball an out-to-in path. If you can hide the card until you've hit the ball you will have stopped the shoulders from spinning open and the arms - and subsequently the clubhead - will have swung down on the correct line.