Shift the hips for a new swing path

Change at address will help draw the ball 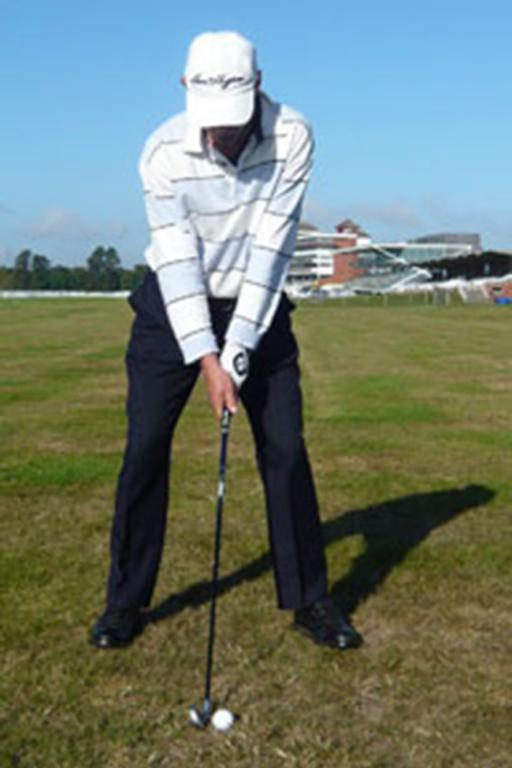 It's that time in the season when many of you will be looking to make some subtle changes in your golf swing so that in 2013 you can hit the ground running with perhaps a new ball flight to give you a little more consistency and distance.

If you are trying to hit the ball with a new draw shape but are struggling with a swing change, try this new approach by setting the hips differently at address.

The position of the hips at address directly influences the angle of the spine and this in turn affects the plane of the turn and swing line.

Most golfers who struggle to draw the ball - that'll probably be 80 per-cent of you, then! - have the hips set too far back in the stance, which makes the spine too vertical at address. This position tends to make us tilt on the back swing and make it almost impossible to come into impact from the inside of the golf swing.

Shifting the hips forward in the stance helps make a more natural turn from the inside. This inclines the top of the spine away from the hole and automatically changes the shape of your swing.

Conversely if your swing plane is too flat, shift the hips further back at address, which makes the spine sit closer to a vertical position. This will make the swing path less inside and consequently will lead to a more upright swing.

Work on different hip positions at address to see what affect the new position has on the flight of your shots.

Tell us on the forum: what you're currently working on in practice to improve your game. Are you planning a series of lessons or merely trying to groove a new swing by trial and error? Tell us below or tweet us @golfmagic