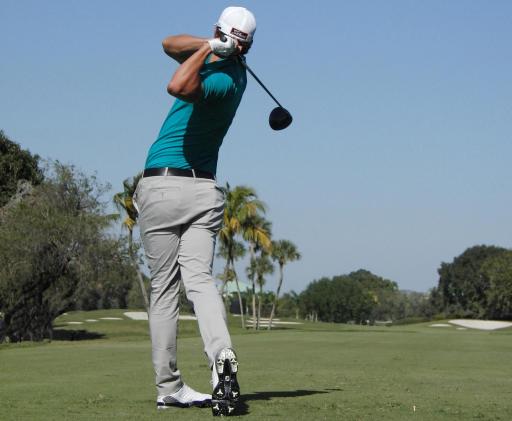 ADAM SCOTT claimed his fourth title of the season on Sunday with a commanding four-shot victory in the Australian PGA.

On the tee, Scott begins by flaring his feet slightly but looks comfortably poised standing over the ball.

Into the backswing and Scott's arms stay out in front of his chest as he coils properly. His knees also remain quiet.

As Scott comes down, he shifts his lower half downwards to create even more separation between his hip and shoulders. Through into impact and his body is rotated open as the chest faces just left of the ball. He's in a great balanced position with his body up on the forward leg.