Something for the Weekend: On-course wagers 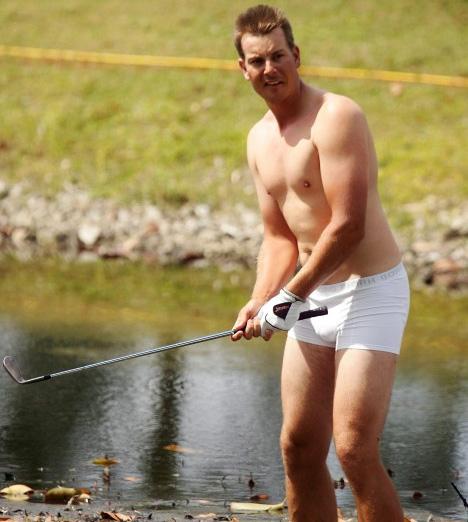 The R&A and USGA take no position on gambling, but it's a ritual at many friendly group outings. And while you would never attempt to play one of these in your club championships, these six games will add some spice to a regular 18 holes with buddies...

Originated in the early 1900s at Nassau Country Club in New York, the game breaks down 18 holes into three matches - one for the outward nine, one for the inward nine and one for the overall total.

So even if you’re having a shocker on the front side, there’s still time to recover. The choice of stake is, of course, down to those playing.

A game that has gained notoriety from the annual high-stakes televised Skins Game between professionals, Skins is exciting because one single hole can make or break the match. The concept is simple – each hole is worth ‘one skin’, with monetary value decided upon the first tee.

If you win the hole, you earn the skin. If you tie, the money carries over to the next hole with all members of the group eligible to win.

Other types of add-on skins include ‘Sandies’ for earning a sand save, ‘Greenies’ for landing your tee shot on the green and even ‘Woodies’ for making par after hitting a tree.

First, a set rotation must be decided before teeing off as players alternate being the Wolf. (In a foursome, two players will be the Wolf five times.) Also, there must be a set price of what each hole will be worth per player.

On each hole, the player designated as the Wolf chooses, before teeing off, who will be his partner for that particular hole, or he can choose to play Wolf and take on the remainder of the group all by himself.

No don’t worry, this doesn’t involve pulling out the Nokia 3310. It’s more of a side bet, rather than an actual game but it certainly adds some zest to your match.

The Snake is given to the first player of the match who three-putts or worse. That player carries the Snake and pays a per-hole fee until someone else needs three putts of more to get in the hole and takes over the possession of the Snake.

Not only does this up the ante for the match, but you can certainly expect to hear some hissing noises from your playing partners as you’re lining up your third putt.

This game is only recommended if your group has the time to play in the exact order that golf etiquette requires and is not recommended for those who insist on playing ready golf.

This game levels the playing field since the best score isn't always going to win. Also, short hitters have an advantage at times because they will typically have honours once everyone is on the fairway and that puts them in position to earn the Bingo point.

Here you get the chance to be paired up as a partner with everyone in your foursome. It's a best-ball match between two teams of two players, but you change partners after every six holes. So, in essence, there are three different matches played within one 18-hole round of golf.

The best part of this game is that even if there's one player in the group that is much better than everyone else, everyone will get a chance to have that player as their partner for six holes.

Head to our Something for the Weekend index. Do you normally take on friends with on-course wagers? Let us know in the forum and on our Facebook page. You can also tweet us @Golfmagic.