Putt indoors to minimise your movement

A rewarding lesson for the golfer keen to master the art of putting and move a step closer to achieving their potential. 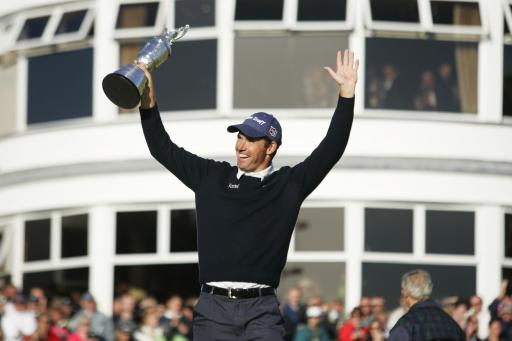 There's a common problem with golfers - whether amateur or professional - they generally suffer from too much body movement.

When I'm teaching the method developed by Harold Swash, of whom I'm a disciple, I look to reduce movement in the body, by giving more stability to the legs. If there's too much movement here during the stroke, it will cause the upper body to sway and make it impossible to strike and roll the ball consistently.

A wider stance for stability is being used by many of the world’'s top professionals including David Howell, Padraig Harrington and Henrik Stenson.

It has been proved that the wider the stance you can create, the more stable your body's’ centre of gravity becomes. The feet should be slightly wider than the shoulders, similar to the stance you would use to drive the ball from the tee. The legs should be set in stone. Like the Eiffel Tower - solid and still. Padraig Harrington has developed the wide stance to its present form because, he says it makes him feel more solid over his putts.

He says: "If you notice, I don't move my feet once I've addressed the ball even after I take my practice strokes. I take the same number of practice stokes each time (3) so as to create a set routine.

"My advice to anyone who is trying to improve their putting is to stick to a set routine, get a PGA pro to check your alignment and to go through the basics of putting, a lot of good putting comes from 'feel' but it's important to have the basics right. You will be amazed at how much your scores will improve with a solid putting stroke!"

Another big cause of movement is when the “eyes beat the strike”.

Most golfers will strike the ball and then allow the eyes to immediately follow the ball down the line towards the hole. Unfortunately, this causes the shoulders and hips to open up and undesirable movement in the upper body.

Try this drill at home on the carpet and I can assure you it will help reduce a lot of that upper body movement.

On short putts, as you address the ball, focus on a spot on the carpet just behind the ball - and don't take your eyes off until the ball has reach its imaginary hole (a training cup, a glass or an inverted tee). This is the equivalent of hearing the ball drop in the hole.

No one becomes a great putter like the players I've mentioned, overnight. It takes a little hard work on your part and a commitment to quality practice.

”When attempting to make changes to your stroke or creating a putting routine spend post of your practice time, working on your stroke, away from the course. Indoor practice can be particularly rewarding.

Working indoors, whether on a putting training ramp or on a smooth pile carpet, takes away the distraction of putting to a hole and the subconscious urge to hole out under pressure. It leaves your mind clear to focus on the feedback from your mechanics and work on improving them. Eventually you will become technically competent and ready for the golf course.

Incorporate these putting insights into your action and I guarantee you will see an improvement.

*Nick Riley is the head professional at the West of England Academy - a Harold Swash putting School of Excellence. He has over 30 years of playing and coaching experience.