Celtic Manor's director of courses Jim McKenzie MBE chats to GolfMagic following the news that Wales is going into a 17-day lockdown due to the coronavirus pandemic... 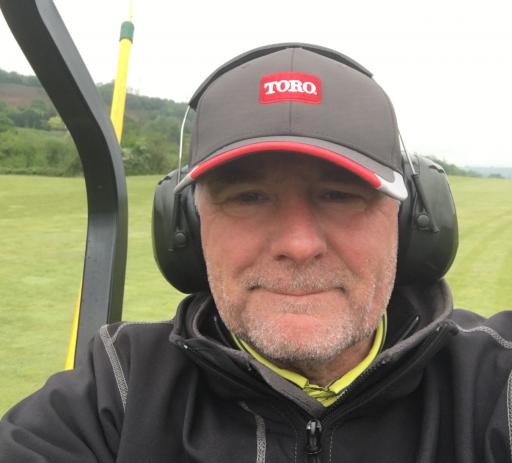 Celtic Manor's director of courses Jim McKenzie MBE has told GolfMagic that while the recent national lockdown due to coronavirus in Wales is frustrating, he does not envisage any further redundancies being made.

McKenzie, who acted as course manager at the 2010 Ryder Cup between Europe and the United States, spoke exclusively to GolfMagic on Tuesday morning after news emerged that Wales would be going into a 17-day "firebreak" lockdown from this Friday.

First Minister Mark Drakeford has insisted this two-week lockdown - which will see schools, pubs and hotels close and that all citizens must now stay at home - is needed to prevent thousands more deaths in the country and also to stop the NHS from becoming overwhelmed.

Despite the recent golf boom across the United Kingdom, Celtic Manor - which hosted back-to-back tournaments on the European Tour over the summer with the Celtic Classic and ISPS Handa Wales Open - had already seen a lack of golf being played at its resort in recent weeks due to a new local lockdown in the area, with only those living in the Newport boundry being able to stay and play.

"Golf has been very quiet here this month and the hotel has in fact been closed for around a month," McKenzie told GolfMagic.

"However, staff are still working hard on maintenance and projects, and we have carried out greens renovation prior to November for the first time in 25 years."

RELATED: MCKENZIE TELLS GOLFMAGIC THAT HANDICAP COUNTING EVENTS WILL NEED TO BE SCRAPPED

With the new Wales lockdown announcement coming into effect this Friday for a period of 17 days, McKenzie's Celtic Manor team will now spend the next few days preparing to fully close down its three golf courses.

He also outlined there are unlikely to be any further redundancies, despite this difficult period for the country, and believes the sport can only flourish when it once again returns after the lockdown.

"Staff previously furloughed will be again leaving the small team we had in previous march lockdown to cover as they cannot be furloughed as not so previously," said McKenzie.

"From November 1 at end of current furlough scheme, all staff will be working an average of two days a week for the foreseeable future as part of the job support scheme.

"Celtic Manor realise the importance of having a suitable product and meeting expectations when we can resume business. To this end, no further redundancies are planned.

"Minimum maintenance will be carried out in the immediate months and we are confident that given the extraordinary effort carried out by the team in the last few weeks that we go into this period in good shape with jobs secure.

"We understand the balance between health and the economy and as such will endeavour to operate in the short terms with this in mind. We are optimistic about the future and can see no reason why golf should not flourish and be recognised as a healthy sport.

"It has been an extraordinary period and like all my colleagues we have never experienced anything like it  - it has really made us look at our operations from a different perspective and indeed some of the protocols introduced during this period may be with us for some time.

"It has been a long season with the lack of team members available to us."

McKenzie is also still brimming with pride at what Celtic Manor managed to achieve when hosting back-to-back tournaments on the European Tour over the summer as part of the circuit's UK Swing.

"The two back to back European Tour events that were such a success seem a long time ago," McKenzie told GolfMagic.

"The effort the team put in to achieve this feat was remarkable considering the position we were in two months before, and the guys rose to the challenge. It was a new one for most of them as we had not held an event for six years but they all did superb.

"I could not be prouder of the way in which they pulled it off and put Wales back on the golfing map."