Greg Norman's move signifies a landmark association that will begin many great developments in the world of professional golf. 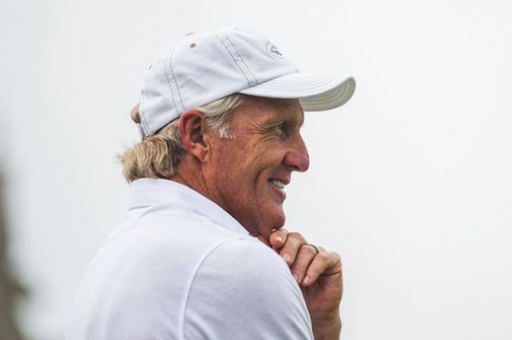 Greg Norman was announced as the CEO of the newly-founded LIV Golf Investments, a move that will set in motion many momentous developments for professional golf.

The former World No. 1 has a primary objective of announcing a ground-breaking series of 10 new events to be staged on the Asian Tour over the next 10 years.

These events will represent a commitment of over $200 million to support playing opportunities and prize funds.

The series will be added to the Asian Tour schedule from 2022 onwards, with new events across Asia, the Middle East and Europe.

RELATED: EUROPEAN TOUR: THE CURRENT RACE TO DUBAI RANKINGS AND HOW MUCH THEY WILL WIN

It has been designed to drive greater engagement amongst fans, attract new commercial interest and help stabilize professional golf following a sustained period of worldwide disruption and uncertainty.

LIV Golf Investments has been established with group companies in the USA, UK, with Asian offices to follow.

Several high-profile C-Suite executives have already been appointed, with further announcements to follow in due course.

PIF, one of the world’s largest sovereign wealth funds with a diverse international investment portfolio, is the majority shareholder in the new company.

Plans are in place to introduce further investment partners, who share the passion and belief in how new opportunities in professional golf can create widespread benefit for fans and players.

RELATED: DO YOU GET FREE RELIEF IF YOUR BALL RESTS ON A FAIRWAY MUSHROOM?

"This is only the beginning. LIV Golf Investments has secured a major capital commitment that will be used to create additive new opportunities across worldwide professional golf," said Norman.

"We will be a cooperative and respectful supporter of the game at every level, and today’s announcement alongside the Asian Tour is the first example of that.

"I have been a staunch supporter and believer in playing and developing golf in Asia for more than four decades.

"The Asian Tour is a sleeping giant and we share the ambition to grow the series and unlock what we believe is significant untapped potential."

The series will add to the Asian Tour’s backbone of established events to comprise a 25-event season, expected to represent a record-breaking combined prize-fund in 2022.

Each of the 10 new events will be broadcast live across the globe, with plans to attract an international field of headline talent through an open eligibility category regardless of Tour affiliation.

The new series of 10 events will take place throughout 2022, with all full-field events contributing towards the Order of Merit ranking.