It was announced earlier this week that Greg Norman was at the head of a new proposed Saudi golf series. 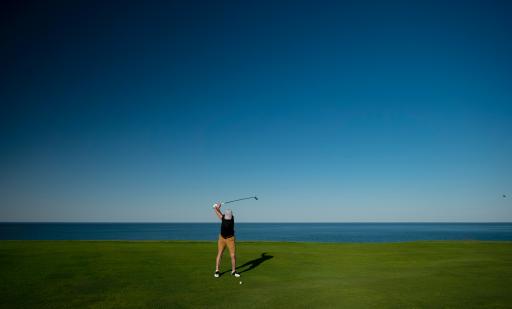 Trump Turnberry could be one of the venues set to be used in the new Saudi Golf League, a development that once again caught fire this week.

According to No Laying Up, the league is looking into using a number of properties that belong to the former President of the United States, Donald Trump.

Turnberry in Scotland and Bedminster in New Jersey are rumoured to be two golf courses to be used for the Saudi-backed golf series, as well as Trump's sites in Dubai.

No Laying Up also posted on Twitter that apparently a site visit was made to Bedminster. It would seem these developments are the most significant since the concept of a Super Golf League was formed.

These rumours arrive off the back of the news that Greg Norman, former World No. 1 and two-time major champion, is the commissioner of the new Saudi Golf League.

⁰Hearing from multiple sources that the 12-event league is looking into Trump courses in Bedminster, Turnberry, and Dubai as potential hosts, and that a site visit was made this week at Bedminster targeting a mid-August 2022 event.

Golf media members were invited to a private meeting in New York on Wednesday that outlined plans for the new Saudi-backed golf series.

We are expecting more updates to emerge next week, but these concerning developments mirror the Super Golf League proposals which were wholly rejected by the PGA Tour and the PGA Tour commissioner Jay Monahan earlier in 2021.

A solid format or structure to a Saudi-backed series has never been publicly released, but the concept is to attract the biggest names of the PGA Tour with lucrative prize funds.

RELATED: "NO BUENO": THE DIFFERENCES IN FEEL VERSUS REAL ACCORDING TO JUSTIN THOMAS

Dustin Johnson, Bryson DeChambeau and Phil Mickelson are allegedly three players to have been approached, but these attempts have been rivalled by various initiatives.

The Player Impact Program intended to attract players to the PGA Tour by rewarding them based on brand exposure and social media interactions.

The PGA Tour has also entered into a 'strategic alliance' with the European Tour in order to rival emerging tours such as this new Saudi Golf League.

NEXT PAGE: "A DAY WE WILL NEVER FORGET": PGA TOUR PLAYERS STUNNED BY CONDITIONS IN BERMUDA