Graeme McDowell won the Saudi International in 2020 and he is very happy on the PGA Tour in its current form. 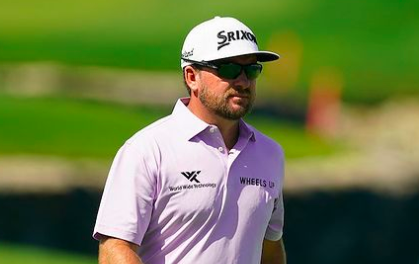 Former US Open champion Graeme McDowell has described the prospect of the best players in the world joining a Saudi-backed golf series as a 'major problem'.

There was a meeting between members of the Saudi-backed golf tour and various people from golf media on Wednesday in New York, but details have filtered out.

Greg Norman, former World No. 1 and two-time major champion, will be the commissioner of the new structure which is also looking to significantly invest in the Asian Tour.

Norman revealed his association with Liv Golf Enterprises, supported by the Private Investment Fund which operates on behalf of the Saudi Arabian government.

Throughout 2021, there have been murmurs of a new Super Golf League, or something very similar, and McDowell expressed his concern on this prospect.

"We’ve talked over pints for the last couple of years of what it all means. Is it constructive or is it destructive if five or 10 of the best in the world leave the PGA Tour? Obviously, we know that’s a major problem," said the 42-year-old.

"It’s such an unknown quantity right now. It’s so hard to make a comment. Is it good for golf or bad for golf? It’s very difficult.

"Competition is typically good for everyone. I feel that typically the PGA Tour product has never been as strong as it is right now and it continues to get stronger.

"I certainly don’t have any contracts (from the new tour) right now. I’m certainly very happy where I am right now on the PGA Tour."

The Northern Irishman has recently requested a release from the tour to play in the Saudi International in 2022, a tournament he won in 2020.

RELATED: THE 10 BEST UK GOLF COURSES TO TICK OFF YOUR BUCKET LIST BEFORE IT'S TOO LATE

He was one of eight players to have requested a release in order to play, but the PGA Tour has not stated whether they will allow their players to compete.

There is a clear conflict between the PGA Tour and the idea of a Saudi-backed golf league, but McDowell is an experienced and well-travelled golfer who has spent much time in the middle-east.

"I asked the PGA Tour for a release to go back there again next year because I’ve played the Middle East for a large part of my career," McDowell added after the first round of the Bermuda Championship.

"(The PGA Tour) said to do so (ask for a release) even though they haven’t decided if we’re going to be able to go and play that event."

NEXT PAGE: "A DAY WE WILL NEVER FORGET": PGA TOUR PLAYERS STUNNED BY CONDITIONS IN BERMUDA