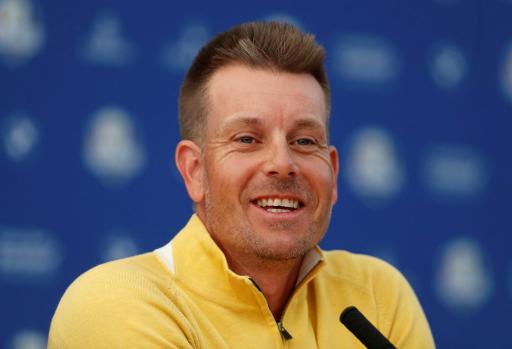 Henrik Stenson started the week by being axed as European Ryder Cup captain. He ended it with a cheque for $4.375 million in his back pocket after winning on his LIV Golf debut and finishing second in the team event at Trump National Bedminster.

Stenson added a pair of 69s on the weekend to his opening 64 to finish on 11-under par and two shots clear of Americans Dustin Johnson (68) and Matt Wolff (64).

The Swede was sacked as 2023 European Ryder Cup captain for having agreed to join LIV Golf at the start of the week, and it is believed that Luke Donald will now assume the position.

Stenson is understood to have accepted a signing-on fee to join LIV Golf in the region of $50 million.

Related: How much they all won at LIV Golf Bedminster

Just moments after tapping home for a par and the win on the 18th green, Stenson could not resist a little pop at the decision as he spoke to LIV Golf on-course commentator Dom Boulet.

"Yeah I guess we can agree I played like a captain," said Stenson.

"It's been a good first week, nice to be here with the guys and get a feel for it. It's been a busy 10 days and I'm extremely proud to focus the way I did having not been in contention for a number of years."

Stenson led by three shots heading into the final round and he remained out in front all day thanks to birdies at the 1st, 5th and 14th.

He dropped a shot at the par-5 15th to give hope to the chasing pack, but he lived up to his Ice Man nickname and held on for the win.

It marks Stenson's first win around the world since landing the 2019 Hero World Challenge presented by Tiger Woods. Stenson's last win on the PGA Tour came at the 2017 Wyndham Championship.

Stenson wins $4 million for taking the individual honours at LIV Golf Bedminster, and he then picks up an additional $375,000 for his Majesticks team finishing second in the team event. That stacks up to a cool total of $4.375 million for just three days work.