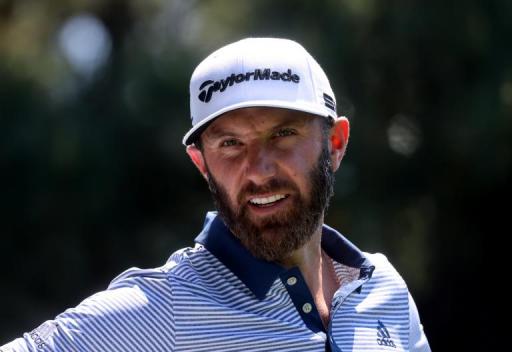 The Saudi-backed LIV Golf Invitational Series is all the talk in the sport right now, especially after former World No.1 Dustin Johnson went back on his word and signed up to play in the first event in London.

Johnson, a two-time major champion, had declared he would be fully supporting the PGA Tour and remaining on the circuit where he ranks third in all-time career earnings with a whopping $74 million.

But a reported late bid in the region of $150 million for the services of Johnson appeared to pay off for Norman's team, and Johnson is the star name now headed to Centurion Club for the inaugural 48-man LIV Golf event from June 9 to 11.

Related: Here is why Dustin Johnson made a sensational U-turn on his decision to play in the LIV Golf Invitational Series

How to live stream the LIV Golf London event:

If you cannot stomach the £68 daily admission ticket to watch the action up close and personal, you can watch the 54-hole tournament unfold on YouTube. LIV Golf will also be screeing the action live on their official website at LIVGolf.com.

Related: Here is everything you need to know about the LIV Golf Invitational Series, and exactly why it has become so controversial

When does the LIV Golf London event start?

The first round will start on Thursday June 9, and it will conclude on Saturday June 11.

The action at Centurion Club will be getting underway on Thursday with a shotgun start from 2pm GMT.

The gates are said to be opening from 11am.

Tee times will be revealed on the Tuesday afternoon ahead of the tournament starting on Thursday June 9.

Next Page: RBC has terminated its contracts with Dustin Johnson and Graeme McDowell with immediate effect