Ian Poulter on LIV Golf event: "It's a big attraction... lots of pluses to it"

Ian Poulter admits there are still plenty of unknowns as to the potential sanctions should players decide to compete in the first LIV Golf Invitational Series event at Centurion. 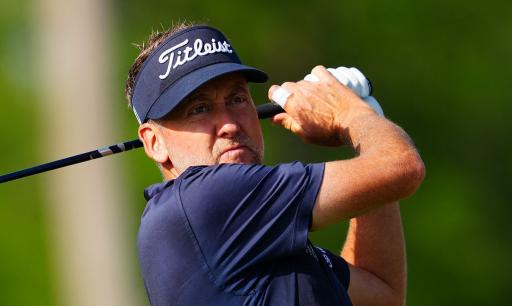 Ian Poulter believes the controversial LIV Golf Invitational Series run by Greg Norman is a "big attraction" and that there are "lots of pluses to it".

Poulter, speaking ahead of this week's US PGA Championship at Southern Hills, has not yet decided whether to play in the first LIV Golf Series event at Centurion Club in the second week of June but he is certainly give it consideration.

"It's a big attraction, for sure. There's lots of pluses to it," said Poulter, who was one of a number of players including Phil Mickelson, Sergio Garcia and Lee Westwood to recently be denied a player release by both the PGA Tour and DP World Tour to compete in the first LIV event.

The inaugural LIV Golf Invitational Series gets underway at Centurion Club from June 9-11 with a 48-man, 54-hole event and staggering $25 million prize purse where $4 million goes to the winner.

As it stands, only England's Richard Bland has declared he will definitely be playing in the tournament.

With potential sanctions on the line for both DP World Tour and PGA Tour players should they still go ahead and play in the first LIV Golf event, Poulter explains nothing has yet been made clear to the players.

"We've no idea," Poulter said of the potential sanctions.

"I want to play as many tournaments as I possibly can. For me it's simple. Play well this week, play well next week and see how potentially things pan out.

"There's so many unknowns and it's hard to talk about unknowns."

The same applies for what happens with future Ryder Cup selection both as a player or captain - the latter of which is no doubt something Poulter, now at 46, will have his eye on soon.

Next Page: Richard Bland will play first LIV Golf event - "If I get banned, I get banned"