Grange Golf Club in Adelaide could be the venue for LIV Golf's Australian event as Greg Norman's hunt for an appropriate course in his homeland continues. 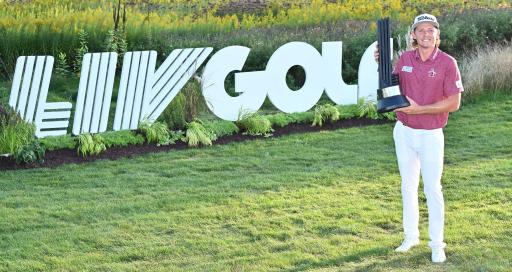 LIV Golf may have finally found a club in Australia to fill a hole in their 2023 schedule as Grange Golf Club in Adelaide appears to fit the bill.

According to a news report from 7 News, Grange Golf Club could be the venue which finally satisfies commissioner Greg Norman's search for a place to host an invitational in his home country.

Norman has fond memories of Grange Golf Club. In 1976, he won the West Lakes Classic on the East Course and it is regarded as the first significant win of his career.

The 67-year-old also redesigned the East Course in 2012 and it has since ranked in the top 50 golf courses in the country. The venue would seem to hold a special place in the LIV Golf boss' heart.

"I haven't seen much evidence from the USPGA doing Australian golf and supporters any favours recently, I think it's about time golf had a bit of a shake-up. I wish LIV Golf all the very best," Peter Malinauskas told 7 News, a politician in Southern Australia.

Thus far, LIV has struggled to nail down a golf course in Australia that will become involved in the Saudi-backed series. The Australian fixture is set to be held in April 2023.

At the start of the month, it was reported that The Royal Sydney Golf Club rejected the advances of LIV Golf. Representatives travelled to Sydney in August to take a look at multiple venues. The location appealed to Norman due to its proximity to the stunning Sydney harbour.

It hasn't been smooth sailing in recent weeks for Norman who faced a frosty reception in Washington D.C. last week from US lawmakers, as he ramps up his efforts to establish LIV Golf's place in the game.

It is Norman's intention to build an Aussie core on the breakaway tour. He has recruited Open champion Cameron Smith and six-time PGA Tour winner Marc Leishman to join the likes of Travis Smyth and Wade Ormsby.

The LIV Golf Series will expand to 14 events in 2023 with added stops in Spain, Singapore and either Toronto or Mexico. This was a fast-tracked move which wasn't meant to happen until 2024.