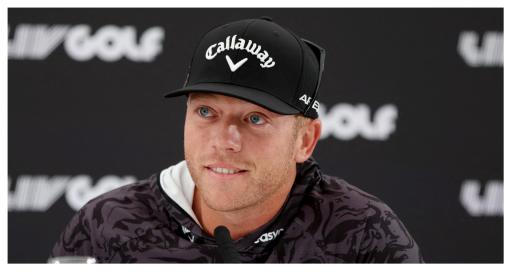 If you’re not a massive golf fan, then LIV Golf player Talor Gooch might not be a name that you are familiar with.

Related: Scottie Scheffler says he gets paid too much

He was one of the now-suspended PGA Tour pros who played in the first Saudi-backed LIV Golf event at Centurion Club outside London earlier this month.

At the time, the fact he was in the field was a little bit surprising. Not because of the sums of money involved, but because to all intents and purposes he had a bright future on the PGA Tour ahead of him.

He was consistently moving up the world rankings and already banked a win on the PGA Tour this season – at the RSM Classic – taking home $1.2m in the process.

Surely he was one of the players who would be massively benefitting from the increased prize purses?

Tally up his winnings this season and it’s just shy of $3.5m.

His LIV Golf signing on fee will far exceed that and he’s got guaranteed pay days of $960,000 even if he comes last in every tournament of the eight-event $255m series.

Still, it represented a huge risk.

What if it all fails?

There is no telling what the future will provide.

Still, in the wake of the PGA Tour announcing sweeping changes for the 2023-2024 season, Gooch took the opportunity to respond.

Gooch was asked about this before the first event at Centurion.

He said in response to that criticisim: "I mean, I don't think that's fair, but also I'm a golfer, I'm not that smart. I try to hit a golf ball into a small hole. Golf is hard enough. I try to worry about golf, and I'm excited about this week,

Gooch has been named in the LIV Golf field for the second event in Portland, Oregon, at Pumpkin Ridge.

Here is the full field.