Brooks Koepka and Bryson DeChambeau named captains for the next LIV Golf event in Portland. 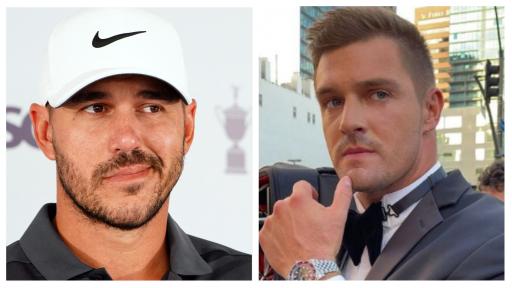 LIV Golf today confirmed the signing of four-time major champion Brooks Koepka and then revealed he will be one of the 12 captains ahead of their next tournament in Portland.

Dustin Johnson, who competed in the inaugural LIV Golf Invitational London event after resigning from the PGA Tour, will once again lead 4 Aces GC.

Who are the 12 captains at LIV Golf Portland?

Meet our captains for Portland

Who are you backing? #LIVGolf pic.twitter.com/rKvPqKA1wd

Who is playing at LIV Golf Portland?

LIV Golf have confirmed 45 of the 48 players for the second LIV Golf event in Portland from June 30 to July 2.

They have also notified each player's OWGR in their latest post, which is a little interesting given LIV Golf events - as of right now - do not feature ranking points.

Related: Everything you need to know about LIV Golf Portland

But at least it gives us all an idea of the improved star power in Portland compared to London, especially with the inclusion of major champions Koepka, DeChambeau, Abraham Ancer and Patrick Reed.

Three more players are yet to be confirmed for Portland, so perhaps we will see some more PGA Tour stars make the move.

Rickie Fowler has been strongly linked with a move to LIV Golf, as too the likes of Viktor Hovland, Bubba Watson, Matt Wolff, Jason Kokrak and Adam Scott.

Who is in the LIV Golf Portland field?

Announcing our field for the next #LIVGolf Invitational. pic.twitter.com/U511ZOKwt6

Which players are OUT from LIV Golf London and IN for LIV Golf Portland?