Brooks Koepka has decided to turn his back on the PGA Tour in favour of LIV Golf, prompting an interesting reaction from golf fans. 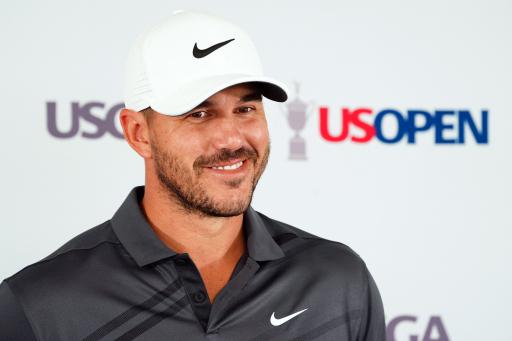 Brooks Koepka is the latest player join LIV Golf and it’s fair to his decision is somewhat surprising.

Related: Scheffler says he gets paid more than he deserves

This is because Koepka – in public and apparently in private – has always maintained that he was not keen on the idea.

He was one of the first PGA Tour players to publicly take issue with the vision of a “super league” that had smaller fields featuring the best players.

And in February this year claimed his future was on the PGA Tour. However, he predicted that the Saudi-backed LIV Golf series would no doubt pinch some of the game’s biggest stars.

“Everyone talks about money,” Koepka said. “[The Saudis have] enough of it, so I don’t see it backing down. They can just double up, and they’ll figure it out. They’ll get their guys. Somebody will sell out and go to it.”

Koepka also said: “I get that the stars are what people come to see. But these guys who we see win, who have been grinding for 10 or 15 years, that’s what makes the cool stories. I’d have a hard time looking at guys and putting them out of a job.”

You might also remember Koepka taking aim at Phil Mickelson when Lefty’s comments about working with the “scary” Saudis became public.

Koepka posted this in response to that:

Still, Koepka’s made his decision now and there is no going back.

His decision prompted these humorous responses on social media:

Brooks Koepka going to LIV is not surprising. He’s said he only cares about majors and finding new ways to make Bryson’s life miserable.

Rewatching Brooks Koepka’s U.S. Open presser last week and you could see the writing was on the wall. pic.twitter.com/CHaOooFEYB

If Koepka came out and said he's joining LIV purely for the money and the chance to continue putting Bryson into a locker whenever possible I'd probably give him a pass.

Brooks Koepka is the latest golfer to join the LIV Golf Series.

"My only joy in life is beating Bryson DeChambeau, so naturally when he joined the LIV Series, I was going to have to go too" said Koepka.

Brooks Koepka when he finds out his fans are unhappy with him: pic.twitter.com/bWXoH9CISt

Next page: What changes has the PGA Tour made to combat LIV Golf?