Phil Mickelson, Dustin Johnson, Sergio Garcia and Louis Oosthuizen have all been selected as team captains for the first event of the LIV Golf Invitational Series. 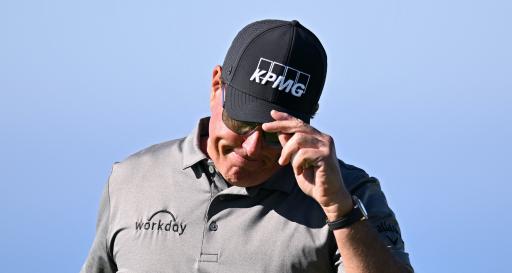 Mickelson announced on Monday night that he will play in the first event of the new breakaway series, commissioned by Greg Norman, and he has been made a team captain.

Each team has a pre-appointed captain who will select their three open positions via a snake-style draft format on Tuesday. All members of each team will compete in the three-day event.

Related: How much Dustin Johnson, Phil Mickelson and others will earn at LIV Golf London...

Ahead of the event at Centurion Golf Club in St. Albans, Na, Johnson, Oosthuizen and Garcia have all resigned from the PGA Tour as they look to branch out.

Na, 38, announced on June 4 on social media that he left the PGA Tour to avoid punishment and legal action with the circuit.

As for Johnson, he revealed his resignation in a press conference at Centurion on Tuesday morning but the two-time major champion intends to keep playing in the majors.

The 37-year-old will now be ineligible to play for the US Ryder Cup team in 2023. He has represented America five times at the event, gaining the maximum five points at last year's event at Whistling Straits.