Paul McGinley, speaking from the US Open at Brookline, refers to Mo Salah at Liverpool and the Premier League in order to explain how LIV Golf is different to the PGA Tour. 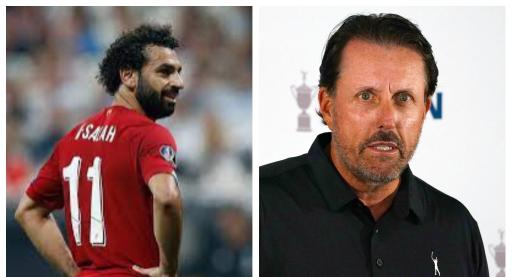 You might be wondering what Liverpool's Mo Salah playing in the Premier League has anything to do with the controversial Saudi-backed LIV Golf Invitational Series, and well, you would be right in thinking that.

But there is actually a good reason, as Sky Sports Golf analyst and former European Ryder Cup captain Paul McGinley explained alongside Sky Sports Golf lead host Nick Dougherty ahead of this week's US Open at Brookline.

McGinley used Salah playing for Liverpool in the Premier League as an example about how contracts work in professional football as opposed to what currently happens for the world's best players being independent contractors on both the PGA Tour and DP World Tour.

Salah, for example, cannot just walk out of Liverpool while in contract and go and play for Manchester United for a few games and then come back and play for Jurgen Klopp's side when he next feels like it.

When it comes to the PGA Tour, players only have to play 15 events during the season, and they pick and choose whenever and wherever they want to play. They are not tied down to play every single PGA Tour event, for example.

In comparison to LIV Golf, led by Greg Norman, what they are doing is stepping in and handing over huge sums of money - and most importantly contracts - to buy the services of some of the world's best players such as Dustin Johnson, Bryson DeChambeau and Phil Mickelson.

"Golf is one of the few sports in the world, when you think of the Premier League, the NBA, the NFL, and other American sports, and golf [both PGA Tour and DP World Tour] is incredibly unique for two reasons," said McGinley on Sky Sports Golf.

"A, it's a members only organsiation, in other words it's owned by the players, and secondly the players within that organisation can play, pick and choose whenever they want to play.

"Mo Salah plays for Liverpool, he can't just go and play for Man United for two games and then come back. He can't go to La Liga and come back. Liverpool are also part of a league, they also can't over and play an exhibition match and then come back and play in the middle of the season. You are contracted to the organisation, and within that contract you have to play a certain amount of events and you have to play against a certain amount of teams.

"But in golf that's not the case. The players control when and where they want to play. On the PGA Tour, all they've got to do is play 15 events. They can choose the 15 events they want to play and then they are free to come and do whatever they want. That's what called an independent trader.

"That is what's happening at the moment. So what is so interesting is what LIV have done is they have contracted the players. They have actually hit the European Tour and the PGA Tour where they are weakest. The fact that 'wow, how can this be sustainable as a sport when the talent is not contracted to the organisation.' So they [LIV Golf] have gone in and offered hundreds of millions of dollars and they have enticed that in front of the players and said 'let's come over here and start our own game over here.'

"It's very, very enticing and you can see why so many players have seen it as appealing."