Patrick Cantlay says he would not be surprised to see a "coming together intervention" between the PGA Tour and LIV Golf in the future. 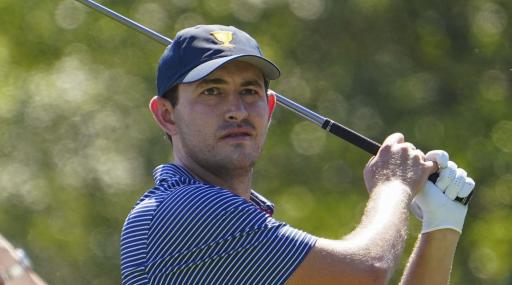 Patrick Cantlay claims he would not be surprised to see some sort of "coming together intervention" between the PGA Tour and LIV Golf in the future, and that once tensions have settled down that it will all prove to be a "blip on the radar" within the sport.

Cantlay was speaking to the media ahead of competing alongside his best friend Xander Schauffele in the opening day foursomes at the Presidents Cup in Charlotte.

The American's comments came shortly before PGA Tour commisioner Jay Monahan confirmed any cooperation with LIV Golf is "off the table".

"I think it's important for everybody to be informed. I mean, maybe not at the end of the day, but definitely everybody, this is their business that they run, and so, you know, being accurate and up to date with all the new information and not really getting caught in any rumors, I think, is really key," said Cantlay.

"And I think everybody should at least understand what the decision is. Even if the decision to stay on tour feels like a non-decision, it's a decision.

"So that being said, I think what gets lost in all this is it's been so contentious, and it seems like it just continues to be contentious. I would be surprised if there's not some coming together intervention because I just don't know of any sport, really, that has a legitimate fractured sport.

"I feel like if we're 10 years from now, everyone will be like, oh, yeah, that LIV stuff. I remember that, and we'll all be playing at least some of the same events together. I find it funny that people are so amped up about it because I don't -- I maybe don't get as emotional about it as everyone seems to be getting.

Related Articles
Dustin Johnson on LIV Golf Tour? "We are NOT a joke!"
Ian Poulter on LIV Golf team: "We've so many messages saying we love Majesticks"

Cantlay was then asked to discuss more about this possible "intervention" between the PGA Tour and LIV Golf one day.

"I'm not sure, I'm just looking - I could be wrong. I'm not saying that I know there's, you know, going to be a coming together. I'm just saying when I look at all other sports, all the best players play together," said the 2021/22 FedEx Cup champion

"So I just feel like at some point, when you start looking back on it, people will be surprised to hear, you know, oh, man, it was, you know, really contentious. Because it just, it will feel like a blip on the radar once it's all settled. It's just right now very unknown."