Patrick Cantlay says LIV Golf is "an ever-evolving calculation" ahead of the Presidents Cup. 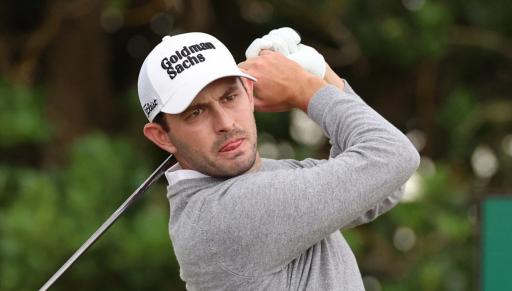 PGA Tour star Patrick Cantlay has not ruled out moving to LIV Golf in the future, following an interview with GOLF's Dylan Dethier at the Presidents Cup on Wednesday.

Cantlay addressed the topic of LIV Golf in further detail with Dethier just moments after finishing his press conference where he spoke about a potential "coming together intervention" for the PGA Tour and LIV Golf.

"It’s an ever-evolving calculation, right?" Cantlay told GOLF's Dylan Dethier ahead of the Day One Foursomes.

"Because if 20 of the 24 guys here this week go out and play the other tour, then it makes it way more likely that I’m going to want to go to the other tour.

"So to say that I would never, ever play on that tour — I don’t think that’s truthful."

Cantlay then explained how surprised he has been by some of his peers such as Bryson DeChambeau who have voiced their allegiance to the PGA Tour, only to quickly move to LIV Golf this season.

Cantlay is making his second Presidents Cup appearance this week, and he is expected to partner his good pal Xander Schauffele for the duration of the week at Quail Hollow Club in Charlotte.

Will Patrick Cantlay remain loyal to the PGA Tour or will he jump ship to LIV Golf some point soon? Will Schauffele follow him? Share your thoughts and comments over on the GolfMagic social media channels.