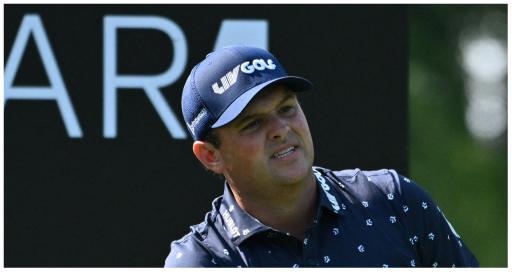 Attorneys representing the publication being sued by Patrick Reed have drafted their response to his defamation claims using Star Wars references.

Reed is suing multiple members of the golf media.

The lawsuit was originally filed last August in Texas, only to be refiled in Florida.

There is also a separate $250m defamation lawsuit that was filed last November against Shane Ryan, Hachette, the New York Post, Fox Sports, Doug Ferguson and the Associated Press.

The introduction to Gannett and Golfweek's response to the amended complaint, rather interestingly, contained Star Wars references.

This was pointed out by GOLF's Sean Zak.

"A long time ago in a galaxy far, far away... a public figure could bring a defamation suit without proving the challenged statements were false statements of fact published with actual malice.
"This is the fictional galaxy where Reed's amended complaint exists."

Why is Patrick Reed suing?

"Conspired as joint tortfeasors for and with the PGA Tour, its executives, and [tour commissioner Jay] Monahan to engage in a pattern and practice of defaming Mr. Reed, misreporting information with actual knowledge of falsity and/or reckless disregard of the truth, that is with actual and constitutional malice, purposely omitting pertinent key material facts to mislead the public, and actively targeting Mr. Reed since he was 23 years old, to destroy his reputation, create hate, and a hostile work environment for him, with the intention to discredit his name and accomplishments as a young, elite, world-class golfer, and the good and caring person, husband and father of two children that he is."

The complaint says it is "well-known" that Reed has been the subject of abuse by spectators.

He said he was "constructively terminated" as a member.

Reed suggests that he has suffered major damages through the loss of multi-million dollar sponsorship deals that were not or have not been renewed.

Those included but were not limited to Titleist, Nike, Ultimate Software, cbdMD, Callaway, Tax Slayer, Perry Ellis and NetJets.