LIV Golf were dealt a legal blow in their antitrust case against the PGA Tour after a judge declined their request to delay the discovery process. 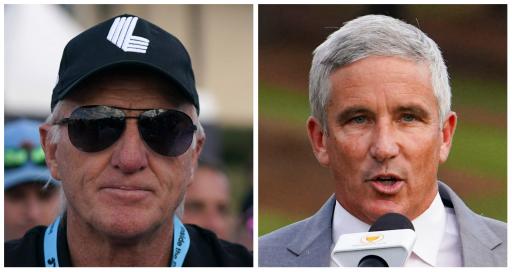 LIV Golf were dealt a legal blow this week after a judge denied a request from the breakaway tour's lawyers to delay the discovery process.

There was a hearing scheduled for Friday, 13 January but the judge sitting in the California U.S. District Court denied their plea.

It raises the stakes as the PGA Tour's attorneys move closer to deposing Yasir Al-Rumayyan.

Related: LIV Golf pro explains how he can return to PGA Tour

Al-Rumayyan is the governor of the wealth fund - PIF - that is bankrolling LIV Golf.

The businessman, 52, - who is also the chairman of Premier League football club Newcastle United - had previously rejected a subpoena request by the PGA Tour's attorneys, arguing that a U.S. District Court didn't have jurisdiction over a sovereign wealth fund.

Court documents previously stated that he "flatly objected to the Tour's subpoenas, refused to produce a single responsive document and declined to appear for deposition."

Tiger Woods has also been accused of dodging legal requests.

Earlier this week LIV Golf's attorneys were on the back foot again as judge Beth Labson Freeman sided with the PGA Tour.

The American circuit's lawyers had argued that Al-Rumayyan was "strategically withholding" documents after LIV's attorneys claimed the governor had no involvement in the day-to-day running of the enterprise.

PGA Tour lawyers said he was "the wizard behind the curtain" and the one pulling all the strings.

"If LIV Golf is controlled by these entities, then LIV Golf is the entity that should be producing these documents. Their failure to do so may give you grounds for seeking a terminating sanction on some of the claims."

Originally, 11 PGA Tour players launched the antitrust claim last August after they were suspended for teeing it up in the league, commissioned by Greg Norman.

PGA Tour commissioner Jay Monahan - who this week turned heads with his comments about Woods - said the LIV players had violated policies in participating in events without releases.

Now, only three players remain involved in the antitrust lawsuit. Those being Bryson DeChambeau, Matt Jones and Peter Uihlein.

LIV Golf added themselves as a plaintiff. The PGA Tour have countersued.

There is a tentative trial date set on 23 July 2024 for "summary judgment" in the antitrust case. That is when the PGA Tour will likely seek to have the complaint thrown out.

If they are unsuccessful, a trial is expected to begin on 8 January 2024