Cantlay keeps things short and sweet where LIV Golf is concerned, but is he still thinking about it? 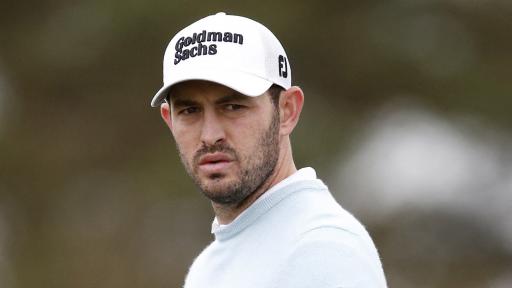 Patrick Cantlay has responded to the rumour about his interest in joining LIV Golf at this week's Rocket Mortgage Classic.

Cantlay, who starts a warm tournament favourite for this week's PGA Tour event, was asked by the media if it bothers him that he is one of the star names that has been linked with a move to the Saudi-funded LIV Golf Invitational Series.

But fast forward to the present day and the reigning FedEx Cup champion is playing down such talk of a move to LIV Golf.

Only he has hardly shut the door.

"I don’t take too much stock in outside noise," said Cantlay, who is the World No.4.

He added: "I don’t have any plans at the moment to leave after the FedEx Cup."

You might recall Cameron Smith said something similar after winning the 150th Open Championship at St Andrews two weeks ago.

Smith is rumoured to have been offered north of $100 million for his services to LIV Golf, but at the moment, the Australian is likely too busy drinking out of the Claret Jug and partying to care too much.

Bubba Watson is expected to be confirmed as a LIV Golf player later this week during the Bedminster tournament in a deal worth $50 million, while there has been a very strong rumour that Hideki Matsuyama has been offered in the region of $400 million for a move to LIV Golf.

Related: The latest big names linked with a move to LIV Golf

Cantlay is bidding to finish strong on the PGA Tour this season as he seeks to become the first ever player to successfully defend the FedEx Cup.

The 30-year-old American is somehow winless this season despite losing out in two playoffs at the Phoenix Open and RBC Heritage.

He also enters his tournament debut at the Rocket Mortgage Classic this week off the back of five straight top-15 finishes.

"That’s the goal now [to win the FedEx Cup again]," said Cantlay, who finished tied eighth in his last start at The Open two weeks ago.

"Now that the majors are done with for the year, that’s the biggest prize left on the schedule."

He added: "I’ve been trying to double down on the process that got me to where I am, not change a whole lot and just look for small incremental improvements and I think the consistent play I’ve had this year is a testament to that."