You will not believe the new look Phil Mickelson is rocking at the LIV Golf Invitational London this week. 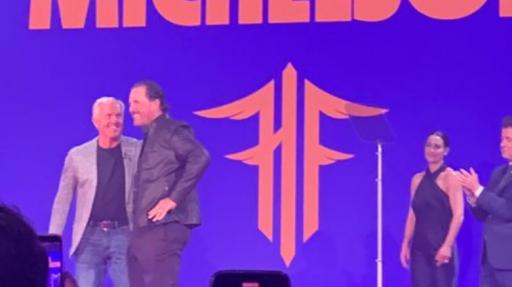 Mickelson, who has accepted a gigantic $200 million offer to play in the Saudi-funded LIV Golf series, was unveiled by LIV Golf CEO Greg Norman as one of the 12 team captains teeing it up at Centurion Club in St Albans this week.

As you can see from the below snaps on social media, Mickelson has grown a moustache and has opted for slightly longer hair.

Phil Mickelson has been eating nothing but sloppy steaks. https://t.co/mVl8oj2hYc pic.twitter.com/plPU7BWdbk

Phil Mickelson with the slicked back flow and facial hair is a vibe at this LIV Golf draft. pic.twitter.com/3OSNxpPI9f

Lefty out on the red carpet! #mickelson #LIVGolf pic.twitter.com/VFtmhhJ3lO

Phil Mickelson is back in the public eye and looks generally surprised to be here pic.twitter.com/l7Vsq3jrvN

Mickelson is one of 12 team captains in the inaugural LIV Golf event and each team consists of four players.

The team name Mickelson has chosen is 'Hy Flyers' and it will be made up of himself, Justin Harding, Ratchanon Chantananuwat and Chase Koepka following the Draft.

Dustin Johnson, who sent shock waves through the sport by not only committing to LIV Golf but also by resigning from the PGA Tour this week, is another team captain. The two-time major champion has decided to call his team '4 Aces'.

Time to pick your team...

What are the LIV Golf team names?

Your captains for this week #LIVGolf pic.twitter.com/mnazmUUmoY

There is an individual tournament for the 48 players competing, where the winner takes home a whopping $4 million.

And then there is $3 million for the team that finishes in first place, which is split equally among the team of four players.

Next Page: Sky Sports commentator SLAMS DP World Tour players and fears for the existence of the DP World Tour