A group of LIV Golf players sent a welcome message to newly-recruited broadcaster David Feherty and Phil Mickelson added his own strange clip at the end of the footage. 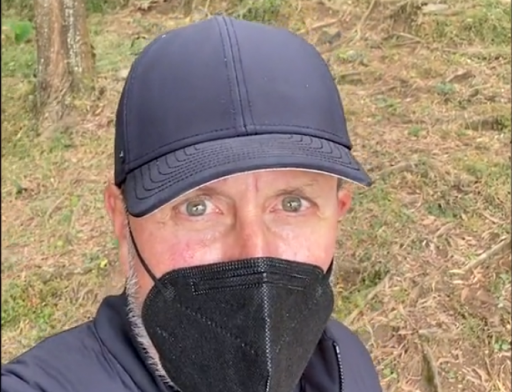 LIV Golf has continued to send more shockwaves through the sport by appointing the popular and entertaining David Feherty to their broadcast team.

Feherty has worked for CBS and NBC in his media career, but now he has taken a controversial step in joining the LIV Golf Invitational Series, showing that the Saudi-backed tour wants a strong broadcast line up as well as a strong playing line-up.

The players made the Northern Irishman feel welcome with a video which was posted on social media. The likes of Bryson DeChambeau, Lee Westwood and Ian Poulter all contributed.

The final contribution at the end of the video came from Phil Mickelson, who was in a location which no one could have expected or realistically guessed.

The 52-year-old recorded his welcome clip while standing in a gorilla refuge in Rwanda. Yes, you read that correctly. Masked up, Lefty included the gorillas in the picture when he greeted Feherty.

Mickelson has always had an outgoing and comical personality which we used to see week-in week-out on the PGA Tour, but even for him, this video was a little out there.

By taking the reported $40 million fee from LIV, Stenson affectively dumped his role as Team Europe's leader for the 2023 Ryder Cup which has now caused a headache for Ryder Cup Europe in their quest to take the trophy back in Italy next year.