Rory McIlroy: "Any decision you make in your life that is purely for money usually doesn't end up going the right way." 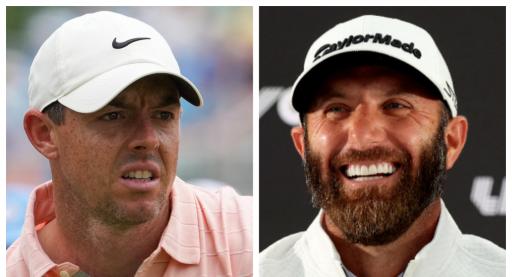 Rory McIlroy has confirmed he will not consider competing in the LIV Golf Invitational Series no matter how much money is put on the table - and he has also hit out at those PGA Tour players who have simply headed to LIV Golf as a result of chasing the dollar.

It was been a whirlwind week of golf news with Dustin Johnson, Phil Mickelson and now Bryson DeChambeau all breaking away from the PGA Tour to compete in the LIV Golf Invitational Series.

McIlroy says he cannot possibly knock some of his peers for heading to LIV Golf, but that anytime you make a decision solely based on money then it usually does not end up being particularly the right call.

"I think my stance on it has been pretty clear from the start," said McIlroy, speaking ahead of his title defence at the RBC Canadian Open on the PGA Tour.

"It's not something that I want to participate in. I certainly understand the guys that went, I understand their goals and what the ambitions are in their life, and I'm not knocking anyone for going. It's their life, it's their decision, they can live it the way they want to. But for me, I want to play on the PGA Tour against the best players in the world.

"For me, speaking to a few people yesterday and one of the comments was any decision you make in your life that is purely for money usually doesn't end up going the right way. Obviously money is a deciding factor in a lot of things in this world but if it's purely for money it never seems to go the way you want it to.

"I've had that a couple of times before in my life. There are other things that are a part of it too, but it's a weird time in professional golf. I said in a couple of weeks ago, we're just going to have to see how this season plays out, and if any other guys decide to go another direction than the established Tours I guess, and see what the consequences are.

"But for me right now personally, it's not something I envisage ever doing and I'm happy to play on the PGA Tour. I have a nice schedule that I can pick for myself, I can spend a lot of time at home with my family if I want to, prioritise the majors and there's nothing about my schedule, my life, my earning that I would change."