Phil Mickelson is running away with the money list, with Tiger Woods back in fifth. 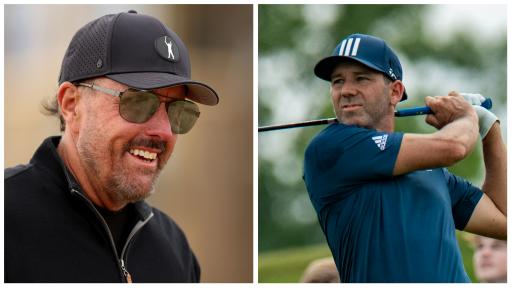 According to a report from Forbes, seven of the top 10 highest paid golfers in 2022 now play for LIV Golf.

The only three golfers in the top 10 who are not on LIV Golf are Tiger Woods, Rory McIlroy and Jordan Spieth.

Phil Mickelson, who is estimated to have earned $200 million for joining LIV Golf, leads the top 10 list by some considerable margin.

It is believed Mickelson, 52, has been given half of the money up front.

Mickelson, did however, lose a number of his biggest sponsors by joining LIV Golf.

Lefty, according to Forbes, now earns $8 million more than football legend Leo Messi in earnings over the last year.

Despite his hefty price tag to LIV Golf, Mickelson has not performed well at all in the first three LIV Golf events of the season.

LIV Golf entered the sport earlier this season with its new LIV Golf Invitational Series and it has pumped $255 million in total prize money for its eight tournaments on the 2022 schedule.

The Saudi-funded circuit has also signed a number of the world's best players to huge contracts, which explains some of the numbers you see in the list below.

LIV Golf this week confirmed a new LIV Golf League for 2023 with an increase to $405 million in total prize money over 14 tournaments that will feature 12 established team captains.

Check out each player’s on-course and off-course earnings over the last year below, according to Forbes.

Next Page: LIV Golf planning to host events in Ireland and Spain