Phil Mickelson's score to par since returning to golf is sensational

Phil Mickelson endured another tough week on the golf course at the second LIV Golf event in Portland. 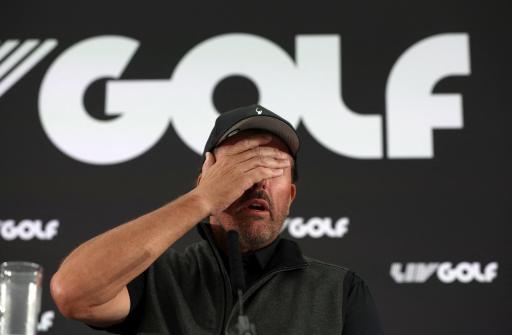 Ever since Phil Mickelson announced he was going “all-in” with the Saudi-backed LIV Golf Invitational series he’s had a tough time of it on the golf course.

Of course, that $200million “financial commitment” will soften the blow somewhat for Lefty, but it doesn’t detract from the fact that he still has a few cobwebs to brush off in his game.

His first exhibition professional golf tournament back saw him tee it up at Centurion Club just outside of London a few weeks ago.

After that, he hot-footed it over to the U.S. Open at The Country Club at Brookline.

Despite giving approximately one million thumbs up to the supporters in Boston, Massachusetts, he shot 78-73 to reach a score of 11-over par and miss the cut.

This past weekend Mickelson did not fare too well at Pumpkin Ridge Golf Club in Portland, Oregon, for the second LIV Golf series event. Branden Grace scooped $4million for winning that.

Mickelson did make some equipment changes last week. He was spotted using an arm-lock putter.

Lefty skipped the first two majors of the year. He decided not to play the Masters and Augusta National refuted suggestions they had asked him to stay away.

He was in the field for the U.S. PGA Championship at Southern Hills, which was won by Justin Thomas, but decided to make a late withdrawal.

Mickelson is listed in the field for the forthcoming, landmark 150th Open at St. Andrews.

Still, all in all, he’ll want to play a bit better.

In eight rounds of professional golf since he has returned, his score is 31-over par.

Next page: Stroppy PGA Tour pro goes on epic 40-second rant to himself