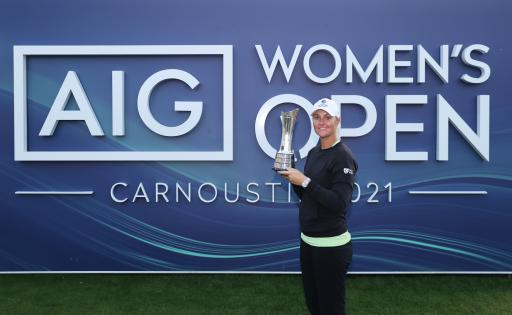 Defending Women's Open champion and three-time major winner Anna Nordqvist is excited about competing against the best players in the world, young prospects and seasoned veterans in August.

The AIG Women’s Open, the final major in the 2022 global golf calendar, will welcome the world’s best women golfers to Muirfield from August 4-7.

11 past champions such as Georgia Hall, Laura Davies, Catriona Matthew and Stacey Lewis will all play in Scotland next week in their quest for more glory.

These champions have provided inspiration to generations of female golfers including the prodigious talent that now tops the Women’s World Golf Rankings. Of the 18 players from the top 20 who are teeing up at Muirfield, 14 are already major champions.

Through The R&A’s organisation and support of global amateur championships, pathways to the elite game are forged to help ensure amateur champions gain valuable experience of the professional game.

"As a competitor I am always looking to test myself against the best players, and the AIG Women’s Open is one of the greatest challenges in golf," Nordqvist said.

"The field is so impressive. We have legends of the game who we all looked up to and aspired to follow in their footsteps, as well as a long list of fantastic players on tour, not to mention some of the younger players who are stepping up and ripping it.

"It’s truly great to see the strength of our sport and it’s through championships like the AIG Women’s Open that we are able to showcase the rate it is growing and building.

"It’s definitely an exciting time for women’s sport and, with this stage, the history and the players, I don’t think it gets much more exciting than the AIG Women’s Open."

Next Page: Rules of Golf: Does it count as a stroke if your club snaps on impact?