Rules of Golf: Does it count as a stroke if your club snaps on impact?

If you are unfortunate enough to snap your club on your downswing, does this count as a stroke according to the rules of golf? 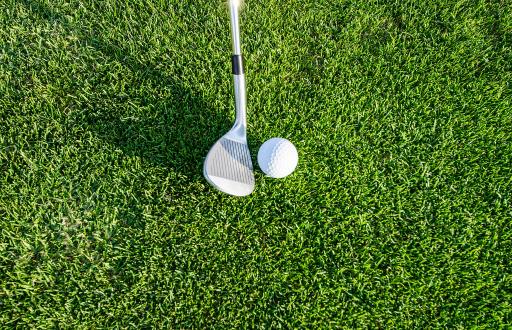 The rules of golf are a very complex set of guidelines which we all must follow in order to complete our round with integrity and honesty.

It is impossible to absorb every single rule into your brain, but do your best and carry an official rulebook in your golf bag so you are covered for every possibility.

Last week, European Long Drive star Martin Borgmeier posted an incredible video of one of his golf clubs coming apart as he took his downswing.

Much like his friend Bryson DeChambeau, Borgmeier is bigger and stronger than most human-beings but even he was surprised his brute force caused his clubhead to come off as his arms came down.

As you can see in the footage above, Borgmeier marginally nudged his ball but it certainly didn't travel far. So, does this count as an official shot or are you permitted to take it again?

As per usual, the brilliant golfrules_questions explained the situation for us. As Borgmeier had completed a swing, it counts as a shot and the club snapping is purely bad luck.

When the clubhead is deflected or stopped by an outside influence whether or not the ball is struck, this counts as a stroke as long as the player is intending to strike the ball.

This may be seen as a kick in the teeth from the rules of golf, but it is another rule that is worth noting down as you never know what situation could arise.

rules of golf
martin borgmeier
long drive
club snap
bryson dechambeau
<
Previous
RUMOUR: Hideki Matsuyama offered $400 MILLION to join LIV Golf
>
Next
AIG Women's Open field highlights depth of talent across women's game
Latest News
Golf news
NEW Glasgow golf facility to "revamp the sport" set for Summer 2023 launch
Golf news
Paige Spiranac takes on troll with selfie of 60-something mother
Equipment news
TaylorMade launch Hi-Toe 3 Wedges; focus on versatility and performance
Golf news
Is this the most DANGEROUS hole in the world of golf?
Equipment news
Fujikura extends VENTUS TR line of golf shafts for 2022
Latest Reviews
Wedges
The SECRET To Improving Your Short Game? PING ChipR Review
Drivers
Most UNDERRATED driver of 2022?! Honma TW757-S Driver Review
Footwear
Under Armour HOVR Drive 2 Golf Shoes | Best Golf Shoe review
Irons
TaylorMade Stealth UDI and Stealth DHY | Best Driving Irons 2022
Irons
I Did NOT Expect This! Cobra Forged Tec ONE LENGTH Review 2022
Equipment Reviews
Equipment
Peter Millar have an AMAZING selection of golf shorts!
Equipment
The BEST PUMA golf polo shirts as seen on the PGA Tour!
Equipment
The BEST Nike Golf shirts as seen at the PGA Championship
Equipment
NEW VICE Pro Drip Silver Hills Golf Balls: Limited Edition
Equipment
Golf Betting Tips: Our BEST BETS for Round One of PGA Championship
Latest Tips and Instruction
Tips and Instruction
Learn how to chip like a winner on the DP World Tour!
Best tips and instruction
What can we learn from Jordan Spieth's new pre-shot routine on the PGA Tour?
Tips and Instruction
How to NEVER MISS another short putt with Manolo Vega!
Tips and Instruction
Sergio Garcia tells Me and My Golf GREAT driver tip: "Pull the chain!"
Tips and Instruction
Top golf coach Manolo Vega teaches you how to ATTACK pin from 50 yards
Related Articles
Golf news
Rules of Golf: How many shots does this player take with bizarre chip technique?
Golf news
Rules of golf: Did you know this rule about clubs being damaged in your bag?
Golf news
Did you know this rule about teeing up your ball ahead of the tee markers?
Golf news
Do you have to place your marker behind the golf ball on the green?
PGA Tour
Brooks Koepka benefits from new SPRINKLER HEAD RULE on PGA Tour