Emma Talley was left distraught after a freak accident led to her having to putt with a wedge at the KPMG Women's PGA Championship. 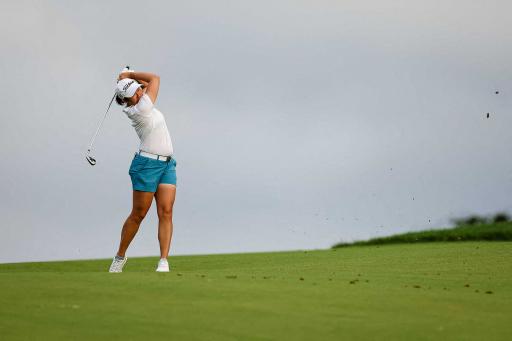 When you’re playing in a major, the last thing you want is one of your clubs breaking in a freak accident. But that’s what happened to LPGA player Emma Talley during the first round of the KPMG Women’s PGA Championship at Congressional.

Talley, a former US Women’s Amateur Champion, was on the sixth green when this happened.

She missed a putt and decided to take out a bit of frustration on her flat stick. But not so much that she though she was going to damage it and render it useless.

From that moment on, TV coverage showed that the 28-year-old had to resort to using her wedge for the rest of the round.

Images from Golf Channel appeared to show Talley distraught after the incident. After walking off the eighth green (her 17th of the day) she can be seen wiping away tears.

She finished the opening round at 6-over par, which at the time of writing was four strokes off the cut line.

Chun In-Gee leads the way after 18 holes after firing an 8-under par opening round.

Nelly Korda has made her return to the LPGA Tour after undergoing hospital treatment for a blood clot. She is inside the top-10.

Next page: Danielle Kang reveals she has a spinal tumour