The LPGA Tour has encouraged its players and employees to voice their opinions in the way they see fit regarding the overturning of the landmark Roe vs Wade ruling of 1973. 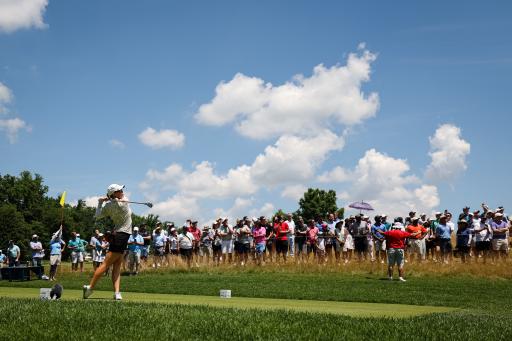 The LPGA Tour has released a statement after the US Supreme Court overturned the Roe vs Wade ruling of 1973, potentially leading to states enforcing abortion restrictions or bans.

During the week of the KPMG Women's US PGA Championship at Congressional, the LPGA Tour stated that it encourages its players and employees to exercise their right to voice their opinions on the matter.

"As the best female golfers in the world compete for the third major championship of the year against the backdrop of the US capital, we are concerned by the issues facing the country in the wake of yesterday's Supreme Court decision," the statement read.

"We are a diverse membership organisation committed to equality and empowering women, and we encourage and support our employees and members in exercising their individual constitutional right to voice their opinions and vote, as this decision now places important women's rights in the hands of state lawmakers.

A message from the LPGA. pic.twitter.com/AC7oiVBR9j

"The LPGA is committed to this conversation and hopes we all strive for outcomes that ensure equality for all women."

The decision could potentially pave the way for individual states to ban abortion. Up to 26 states are expected to introduce new restrictions. President Joe Biden described the judgement as a "tragic error."

Demonstrators who both supported and opposed the decision gathered outside the court with police being present to reduce tension.

In terms of the tournament being played this week, it has been largely dominated by In Gee Chun who is looking for the third major title of her career.