It looked like Billy Horschel was a little frustrated during the final round of The Masters on Sunday. 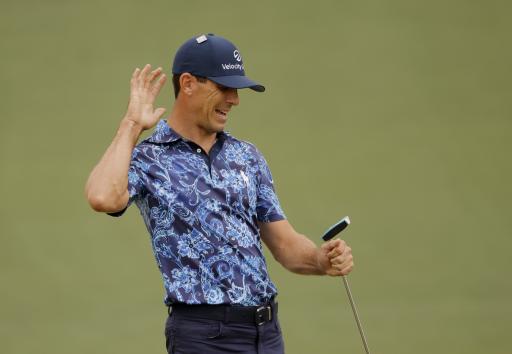 A video has gone viral of Billy Horschel slamming his golf club into his bag multiple times in what might be the worst strop we have seen so far this season.

There's always a few stroppy moments to choose from during every PGA Tour season. Sometimes it's a club throw, a swear word or two, the berating of a caddie, or my personal favourite, the over-the-knee club snap.

Horschel's moment of frustration during the final round of The Masters was one I haven't seen before, as he kindly placed his own club back in his bag without the use of his caddie, but with a little extra force.

WATCH HORSCHEL'S FINAL ROUND STROP BELOW:

It had clearly been a frustrating day for Horschel during the final round of The Masters on Sunday, with the American shooting 4-over par to finish the tournament 8-over, slipping all the way down the leaderboard into a tie for 50th.

It was only a few weeks ago that Horschel beat Scottie Scheffler in the final of the WGC-Dell Technologies Match Play, where Horschel earned a tasty $1,820,000 for his victory.

Horschel had already gone viral on social media earlier on in the week, when he took his shoes and socks off to play a testing shot at Augusta, only to slip and fall down the hill, much to the delight of those watching at home.

NEXT PAGE: Golf fans react as Billy Horschel FALLS down a slope at The Masters