The recent passing of Georgia’s voter bill, SB 202, has caused the National Black Justice Coalition to call upon the PGA Tour to strip the state of professional golf tournaments until the bill is repealed. 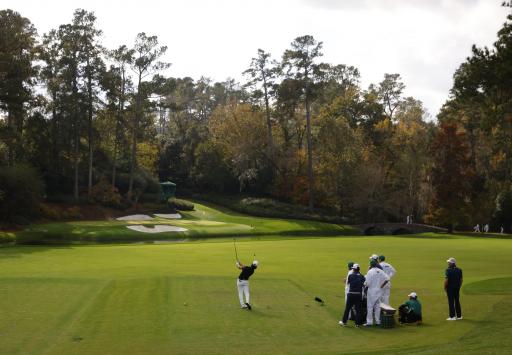 The PGA Tour and Masters Tournament have both been contacted by the National Black Justice Coalition (NBJC) to have Augusta National removed as the home of the Masters, following the recent passing of Georgia's voter bill, SB 202.

Professional golfers have also been urged by the NBJC to boycott playing golf in the state until the bill is repealed. According to NBJC executive director David J. Johns, the law restricts the voting rights of Black voters in the state.

“Georgia’s new law restricting voting access is designed to turn back the clock on civil rights, and return Black and poor and already disenfranchised voters in Georgia to second class citizens,” Johns said in a statement that was passed on to Golfweek. “This is an unacceptable attack on our democracy and companies that operate in Georgia must speak out against this restrictive law.

“The PGA Tour and Masters Tournament have both made commitments to help diversify golf and address racial inequities in this country — and we expect them to not only speak out against Georgia’s new racist voter suppression law — but to also take action.

“Professional golf should not reward Georgia’s attacks on democracy and voting rights with the millions of dollars in revenue that the tournament generates and the prestige it brings to the State. We all must act to protect our democracy and the right to vote.”

Both the PGA Tour and Augusta National representatives are yet to respond to the NBJC, while President Joe Biden publically slammed the bill, labelling it "un-American" in a news conference.

“You don’t need anything else to know that this is nothing but punitive, designed to keep people from voting,” Biden said.