The Masters will now be Dustin Johnson's next start on the PGA Tour after he withdrew from this week's event. 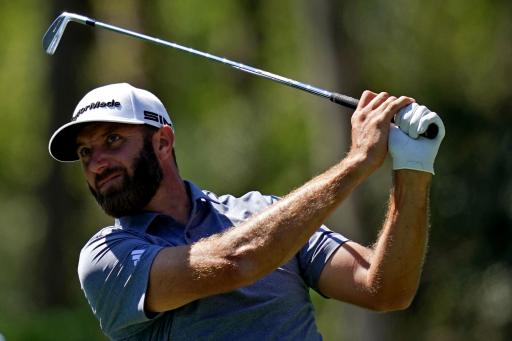 Dustin Johnson has apologised after withdrawing from the Valero Texas Open this week, after he announced he will be spending the week at home in preperation for The Masters.

The World No.1 had originally committed to the tournament at TPC San Antonio, but the PGA Tour announced on Monday that Johnson would not be playing and will be replaced by Ryan Brehm.

At the time of the announcement there was no official reason as to why Johnson had withdrawn and some golf fans started to panic on social media, thinking the reigning Masters champion had suffered an injury and would not be able to defend his title.

Dustin Johnson is a WD from the Valero Texas Open and replaced in the field by Ryan Brehm.@PGATOUR | @valerotxopen

Any rumours of an injury were quickly quashed when Johnson released his own statement, explaining why he won't be a part of the action on the PGA Tour this week.

"After much careful thought over the weekend, I have decided to withdraw from the Valero Texas Open," Johnson said.

"I now plan to spend the week at home in preparation for next week's Masters. I sincerely apologise to all the sponsors at Valero and all my friends in San Antonio, as I realise this is disappointing news.

"Nonetheless, I have no doubt it will be another great week for the Valero Texas Open."

Johnson put in a disappointing performance at last week's WGC-Dell Technologies Match Play, where he lost to Kevin Na in his final group stage match, allowing Robert MacIntyre to capitalise and progress through to the knockout stages.

Now that Johnson has withdrawn from the Texas Open, Jordan Spieth goes into the tournament as the favourite with the bookmakers, while Rickie Fowler will also be competing and will need to win the event if he is to be a part of the action at Augusta the following week.

NEXT PAFE: Paul Casey tells mouthy spectator to "SHUT IT" and threatens to have him removed