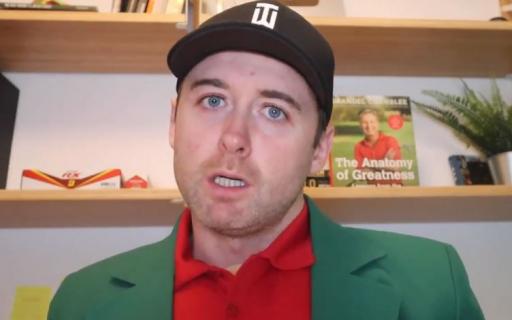 Conor Sketches (Conor Moore) has dropped his latest impression of Tiger Woods right in time for Masters week and golf fans are absolutely loving it on social media.

Woods defends his Masters title at Augusta after his fairytale victory in 2019, where he came from two strokes back on the final day to claim his 15th major title.

Sketches has been creating incredible impressions of golfers for years now and has mastered many of the game's best golfers, including Ian Poulter, Francesco Molinari, Sergio Garcia, Dustin Johnson, Shane Lowry and many more.

The impression of Woods was one of Sketches' first and remains his most popular amongst golf fans, so what better time to create a new one than Masters week. Watch the video below and enjoy it for yourself:

Defending champion Tiger Woods (aka @ConorSketches) shares how he got pumped up for his return to The Masters #LiveFromTheMasters #TheConorMooreShow pic.twitter.com/qclXDlvtb2

Once again Sketches had Woods down to a tee, including the smallest of things such as clearing his nose before speaking, something that Woods found hilarious when he first saw one of the impressions.

RELATED: Tiger Woods "expects to contend" at Augusta as he defends Masters title

Towards the end of the video, "Woods" says that he's "changing the game again" after making all of his irons the same length, while he also has opted to use a driver with 1.25 degree loft, before standing up to show off his new physique that he's been working on.

I hope someone shows the video to Mr DeChambeau...

NEXT PAGE: Nick Faldo says he will run naked across Augusta if DeChambeau drives 1st green