Augusta National chairman Fred Ridley voiced his concerns on the distance debate, as Bryson DeChambeau prepares to use a 49-inch driver at The Masters this week. 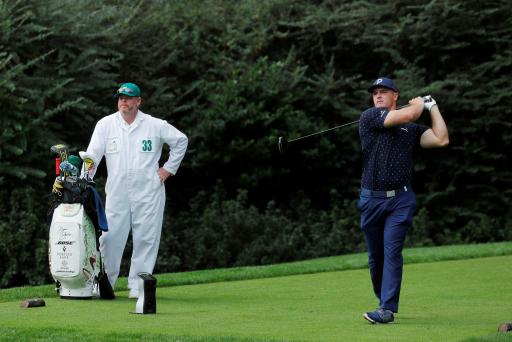 Augusta National chairman Fred Ridley voiced his concerns to the media on Wednesday over the ongoing distance debate, as Bryson DeChambeau vows to overpower the course at The Masters this week using a new 48-inch driver.

The distance debate has been going on for years but we are now seeing more players than ever seeking to add more speed and distance to their game, after DeChambeau proved to the world that hitting the ball further than your opponents can certainly have its benefits.

RELATED: Rory McIlroy not concerned about the distance debate in golf

With The Masters being played in November for the very first time this week, the big hitters have an advantage due to the fairways being softer.

DeChambeau's numbers during a practice round at Augusta were recently revealed, where the longest club he needed for his second shot was a 7-iron, which was on the 570-yard par-5 8th.

RELATED: You won't believe how short DeChambeau is making Augusta

Ridley believes golf is at a "distance crossroads" and hopes golf's governing bodies soon step in.

"I think we are at a crossroads as it relates to this issue," he said. "We have always been very supportive of the governing bodies. We will continue to be supportive. We think that it's good that the game of golf is governed by the USGA and The R&A.  We think they are great stewards of the game.

"I'm hopeful that with the work and the studies that have been ongoing for some time, and I understand that in April there's to be some sort of publication of their conclusions, I do think that we're coming closer to a call to action.

"All I can say is that, as it relates to our golf course, we have options, and we will take the necessary action to make sure we stay relevant.

"My preference is to see what the governing bodies decide is best for the game and then we will take appropriate action in response to that.

“Like any difficult decision, it requires compromise. I’m confident there’s going to be a solution that will work for everyone.”

The par-5 13th hole at Augusta has always been one of the most exciting to spectate, but Ridley believes it now “doesn’t play as it was intended to play”, with DeChambeau able to use a 3-wood off the tee and reach the green with a 7-iron.

“We have options, as I said, we can make changes, but not every golf course can. Having said that, it's a balance because the next question is, obviously, or should be, well, you don't want to make the game harder.

“On one hand we want to say we want to grow the game, and on the other hand we're saying we're worried about distance. I think everybody just has got to get their head together and figure it out.”

NEXT PAGE: Brooks Koepka "not worried" about Bryson DeChambeau at The Masters