"Parry was the victim of an outrageous campaign of abuse and intimidation that should have led to a number of 'patrons' being thrown off the course." 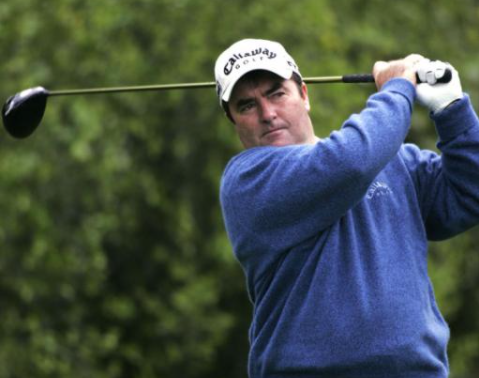 Craig Parry, the diminutive Australian they nicknamed 'Popeye' should have won The Masters in 1992 - and not the ever-popular Freddie Couples, writes former GolfMagic Editor Bob Warters.

Parry was the victim of an outrageous campaign of abuse and intimidation that should have led to a number of 'patrons' being thrown off the course.

Having signed him up to contribute a diary of his week, I followed his every round - often in the company of his good friend Alan Border, the Aussie cricketer - and when he led the field in the final round it was soon clear whom the fans wanted to win - or more succinctly whom they didn't want to win.

Parry had secured an opening 69 in fading light, then a 66 in the second round – completed on Saturday morning after a lightning storm - put him on top of the leaderboard with playing partner and defending champion Ian Woosnam.

He added another 69 the same day and held a one-stroke lead over Couples going into the final round.

Parry was in confident and determined mood when we chatted on Saturday evening about his chances of holding off his playing partner.

"It will be tough playing with Freddie tomorrow," he told me. "He’s a good friend and usually relaxing to play with but I know the crowd will be rooting for him. I’ve just got to play my own game and hope the crowd don’t get to me. I know they’ll be partisan."

His words proved prophetic, especially as he stretched his lead to three shots with a birdie at the par-5 2nd hole.

As he took the putter head back as he stood over a three-foot par putt on the slippery third green, a loud cough from somewhere in the gallery echoed through the pines and he stabbed his stroke wide.

It was the first sign that he’d have to beat more than America’s favourite player if he were to emerge with the green jacket that evening.

A gutsy par at the par-3 6th helped retain a slender one-shot lead and boosted his confidence as he strode between the ropes to the next tee.

But within seconds his world was shattered as a burly patron stepped out and confronted him.

"Hey, why don’t you let our guy win!" he shouted at Parry in a threatening southern drawl.

Parry was stunned and looked around for one of the Pinkerton security guards and stewards there to protect the players.

Eventually he brushed the fan aside but was obviously disturbed ahead of a difficult tee shot down the narrow 7th fairway.

Couples heard about the confrontation and immediately apologised for the spectator’s behaviour, but the damage was done.

Parry was distraught that at such a place as Augusta National, a hostile fan had upset his concentration.

A series of bogeys followed and he eventually left the course close to tears after signing for a 78 – eight shots behind Couples, who'd had a stroke of luck when his ball somehow held the bank in front of the 12th hole.

The following morning I caught up with Craig by phone at his hotel when he revealed what had happened.

"It’s not Freddie’s fault. He’s a gentleman," he told me. "But I was physically shocked that they could want their man to win so badly. I was almost assaulted on the course. I was very upset."

Parry, who lives in Sydney and won the 2002 Bridgestone Invitational, holing a 6-iron from 150 yards in a play-off, made seven return visits to Augusta since that fateful April day. His best was finishing 25th in 2000 and 2005.

NEXT PAGE: BRYSON RIPS DRIVER BOMBS IN QUICK SUCCESSION AHEAD OF THE MASTERS