What does it take to win The Masters and who should we look out for?

Research has shown that players can win The Masters if they perfect three key areas of Augusta National. 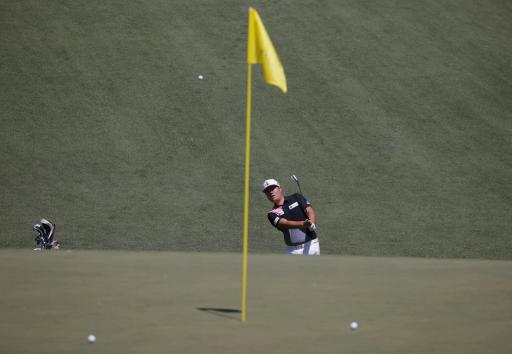 The Masters has seen a variety of different champions with different qualities over the years from pin-point approach accuracy to booming drives.

Based on new in-depth research from our friends at ReachPar, we have picked out three key statistics that are most important at Augusta National, along with three players you might want to look out for based on such information:

There are four challenging par-5's at The Masters, however, they arguably represent the best chances of the players making birdies and even eagles throughout the week.

When Patrick Reed earned his first green jacket in 2018, he was 14-under-par on the par-5's in four rounds, whereas the field average was just 4-under-par.

With this in mind, SungJae Im is one to watch as he is ranked first in par-5 scoring on the PGA Tour this season. The talented South Korean is also seventh in driving accuracy which is also a crucial area to perfect at Augusta.

The greens at The Masters are like lightning and it is important to be accurate with approach shots in order to give yourself the best chance of making a birdie.

Tiger Woods hit 80% of greens in regulation when remarkably winning at Augusta National in 2019 and this was some 15% ahead of the field average of 64.47%.

Justin Thomas, fresh off his Players Championship victory at TPC Sawgrass, is currently third on the PGA Tour in strokes gained in approaches to the green.

If Thomas replicates his approach accuracy this week, he could be on course to win his second major.

It is extremely important to find as many fairways as possible at The Masters in order to have the best opportunity of hitting the greens.

Dustin Johnson had a driving accuracy of 78.57% as he romped to a five-shot victory at Augusta in November and proved that he can hit them straight as well as long.

Webb Simpson is an extremely steady player and the former US Open champion is currently fifth in driving accuracy on the PGA Tour. He is fourth in par-scoring as well so it would be no shock if the 35-year-old was in contention for a second major title.

NEXT PAGE: TOPGOLF LAUNCH SWEEPSTAKES FOR THE CHANCE TO WIN FREE TOPGOLF FOR A YEAR

PGA Tour
Golf Betting Tips: Patrick Reed to kick off 2022 with a win at Kapalua?
PGA Tour
Paulina Gretzky and Dustin Johnson PARTY HARD as they ring in the New Year
Golf news
The next Phil Mickelson? Nope! WATCH a lefty have an ABSOLUTE MARE on the tee!
PGA Tour
PGA Tour clears the way for players to compete in the Saudi International
PGA Tour
Masters champion Bubba Watson on Saudi Arabia: "They're TRYING to change"