How many players make the cut at The Masters? Does a 10-shot rule still exist?

Is there a halfway cut at The Masters? How many players make it through to the weekend? 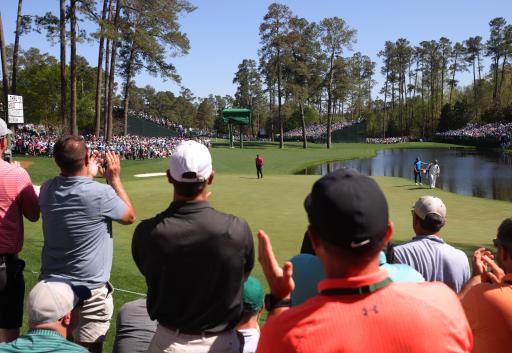 While many of the world's best golfers will be wanting to get themselves within touching distance of the lead on day two at The Masters, others will simply be wanting to just make the halfway cut.

The cut mark at The Masters comes when every player has finished their second round, which providing there is no inclement weather should fall on Friday evening.

At The Masters this week, players must finish in the top 50 and ties in order to progress through to the weekend at Augusta National.

There were 91 players competing at the start of the tournament, but that fell to 89 on Friday afternoon as Louis Oosthuizen withdrew with a back injury meaning Tiger Woods and Joaquin Niemann made up a two-ball.

Paul Casey also withdrew with a back injury on Thursday, leaving Cameron Smith and Bryson DeChambeau to make up a twosome.

The Masters no longer uses a 10-stroke rule

The Masters no longer uses the 10 stroke rule when cutting players at the end of the second round.

That rule was changed at the 2020 Masters.

Prior to that, players within 10 shots of the lead also made the cut even if they were outside the top 50 and ties.

But that rule no longer exists, so it is the top 50 and ties that make it through.

At last year's Masters, the cut mark fell at 3-over par.

A total of 54 players found themselves at 3-over par or better and so they progressed into the weekend.

The cut mark was much lower (3-under par) at the 2020 Masters when it was staged in November. The conditions that week were much softer, with it being played in November as opposed to its usual slot of April due to the Covid pandemic.

Bernhard Langer broke the record that week when he became the oldest player to make the cut in Masters history aged 63.

Next Page: Best adidas Golf deals during The Masters week