Two-time Masters champion Bubba Watson hit arguably the shot of the week on the 18th hole in the second round of The Masters. How did he do that? 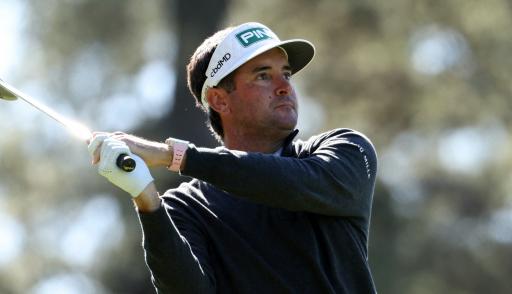 Bubba Watson performed what is likely to be the best shot of this year's Masters tournament and one of the shots of the season on Friday.

Watson was stuck in the trees to the right of the fairway on the 18th hole and when the cameras at Augusta National got down there, he was stood in the middle of the woods.

The camera showed no gap or line that the two-time Masters champion could take and even when he hit his shot, it is unclear how he avoided such a vast number of trees.

From 171 yards, Watson swiped at his ball and the next thing we knew, his ball landed to the right of the pin and bounced down to two feet.

Related: How many players make the cut at The Masters? Does the 10-shot rule still exist?

It was a simply amazing shot from the 43-year-old who made his birdie and carded a score of 73. He is 2-over-par for the event which could prove to be a useful score on a tough second round at Augusta.

On a blustery day in Georgia, Watson made four birdies, three bogeys and a disappointing double-bogey on the par-4 11th hole.

Watson's shot on Friday was reminiscent of his amazing recovery shot at The Masters in 2012 when he beat Louis Oosthuizen in a playoff to win his maiden major title.

Having hit his tee shot on the 10th hole that day into the right-hand trees, he hooked his approach around the branches and on to the green on his way to victory.

Watson has won 12 PGA Tour titles and since he joined the tour in 2006, he has made a name for himself with his unique swing and shot-shaping ability.

Next Page: Louis Oosthuizen forced out of The Masters: Tiger Woods out with Joaquin Niemann