Louis Oosthuizen FORCED OUT of The Masters; Tiger Woods out with Joaquin Niemann

Louis Oosthuizen withdraws prior to his second round at The Masters. 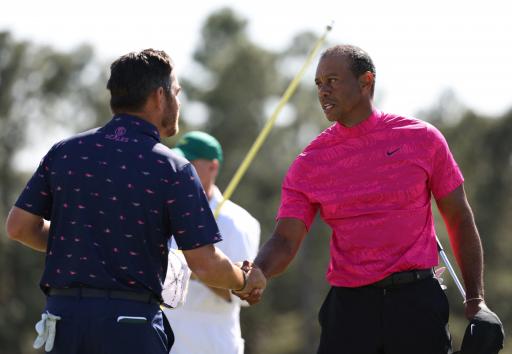 Louis Oosthuizen has been forced out of The Masters prior to his second round tee time with Tiger Woods and Joaquin Niemann due to a back injury.

Oosthuizen was well out of contention for his first Green Jacket having carded a 4-over par 76 on day one at Augusta National.

Due to injury, Louis Oosthuizen has officially withdrawn from the Masters Tournament prior to the start of his second round. #themasters

The South African lost in a playoff at the 2012 Masters to Bubba Watson.

Oosthuizen is ranked 14th in the world rankings as a result of three top-three finishes in the majors last year, but he is winless around the world since 2018.

Despite withdrawing from The Masters, Oosthuizen did hole the longest putt of the week so far, albeit in the Par-3 Contest.

Check out the read on THIS putt - WATCH HERE

Related: Bubba Watson throws an almighty strop at The Masters

Related: Matt Wolff snaps his club at The Masters

According to PGA Tour stats guru Justin Ray, this will mark the first weekday twosome for Woods at The Masters since 1998 when he was playing alongside Matt Kuchar in round one.

Niemann starts his second round at 3-under par, with Woods on 1-under par.

Oosthuizen joins Paul Casey as the only other player to have withdrawn from The Masters so far this week.

Following Casey's withdrawal in round one, Cameron Smith and Bryson DeChambeau will also be a two-ball on Friday.