There were doubts as to whether Jon Rahm would play in The Masters due to the timing of his child's birth. 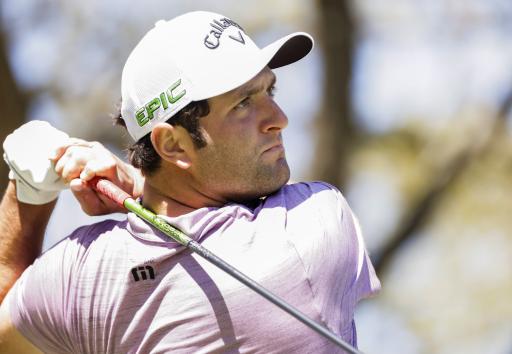 Jon Rahm and his wife Kelley Cahill welcomed their first child, Kepa Cahill Rahm, into the world on Saturday Morning.

The birth of his first son could have clashed with his participation in The Masters this week but now there is no concern.

Since his debut season on the PGA Tour in 2015, Rahm has progressed into one of the best players in the world and is a leading contender at Augusta National this week.

Rahm has finished in the top 10 at The Masters in each of his last three appearances so the World No.3 will be hoping to turn this solid form into a first major victory.

The Spaniard has been consistent on the PGA Tour this season with seven top 10 finishes in 11 events, including a tied second finish at the ZOZO Championship in October.

The 26-year-old is second in strokes gained from tee to green and is seventh in total strokes gained on the PGA Tour this season. All the signs are there to suggest he could be at the top of the leaderboard on Sunday.

Rahm's best moment on tour was arguably his win at the Memorial Tournament in 2020, adding to his tally of five wins on the PGA Tour.

Dustin Johnson is the defending champion this week after emphatically winning The Masters in November, winning by five shots and 10 shots clear of Rahm in tied-seventh place.

A green jacket would be the perfect way to celebrate his child's birth and Rahm would become only the third European player to win the tournament this century.

NEXT PAGE: BRYSON DECHAMBEAU RIPS DRIVER BOMBS ONE AFTER ANOTHER ON MASTERS RANGE!