The Masters: Which golfers carry the best hopes for an English win?

Danny Willett is the only English player to win The Masters since 1996, but could that all change this year? 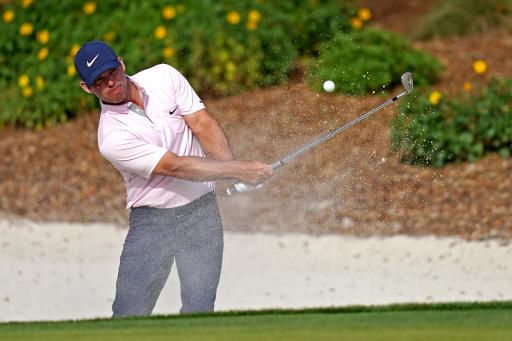 Sir Nick Faldo won The Masters an impressive three times but since he last won the tournament 25 years ago, England have not enjoyed much success.

Danny Willett capitalised on an incredible collapse by Jordan Spieth in 2016 to win The Masters and his first major title by three shots.

Justin Rose almost followed up Willett's victory the following year but he was beaten by Sergio Garcia in an exciting play-off.

We have taken a look at the eight Englishmen who we believe could be wearing the green jacket on Sunday.

Despite being 47 years old, Lee Westwood has rolled back the years on the PGA Tour this season. He finished second at The Players Championship and the Arnold Palmer Invitational, proving he can still battle with the world's best.

Westwood has come second twice at The Masters in his career and it looked as though the penny had dropped in 2016 before Willett pulled away to win.

The World No.19 has made four top 10's in 10 appearances on the PGA Tour this season and like Westwood, Casey is an extremely experienced player.

Casey came tied second at the US PGA Championship in 2020 and has shown plenty of form to suggest a major win is still within his grasp, despite now being 43 years old.

Tommy Fleetwood was beaten in the quarter-finals of the World Golf Championships-Dell Technologies Match Play by eventual winner Billy Horschel two weeks ago.

Although Fleetwood has never won on the PGA Tour, the 30-year-old Englishman has emerged as one of the world's best in recent years. He has three top 5 finishes in major championships and is always one to look out for at Augusta.

Tyrrell Hatton is a massively improved player who has won six times on the European Tour and has a win at the Arnold Palmer Invitational to his name.

Hatton missed the cut at The Masters in November but we know the firey Englishman is better than that. The 29-year-old has made seven cuts in 10 PGA Tour starts this season including two top 10 finishes.

Fitzpatrick has three top 10 finishes on the PGA Tour this season including a tied ninth finish in the Players Championship. The 26-year-old has won six times on the European Tour which means that he is more than capable of performing under pressure.

Matt Wallace very nearly broke through for his maiden win on the PGA Tour at the Texas Open last week, when finishing solo third behind eventual winner Jordan Spieth.

Wallace is a proven winner on the European Tour and the 30-year-old will certainly thrive under the pressure should he find himself on the leaderboard come Sunday afternoon.

Justin Rose loves Augusta National so you certainly cannot rule him out this week, however, his form has not been the best of late so it would come as some surprise, especially given he has fallen to a lowly 41st in the world rankings now.

With five top-10 finishes to his name at The Masters, though, you just hope the hallowed Georgia turf will reignite Rose's game.

There was also some glimmer of light for Rose earlier this season when finishing tied second in Saudi Arabia on the European Tour.

It would be one of the greatest stories in English sport if 45-year-old Ian Poulter could roll back the years and land a first major victory at The Masters.

A recent tie for ninth at the WGC Match Play should have the juices flowing for this week at a venue he has finished three times in the top 10.