Rory McIlroy revealed he went round Tiger Woods' house recently and left with a new outlook on major championships after seeing his trophy cabinet. 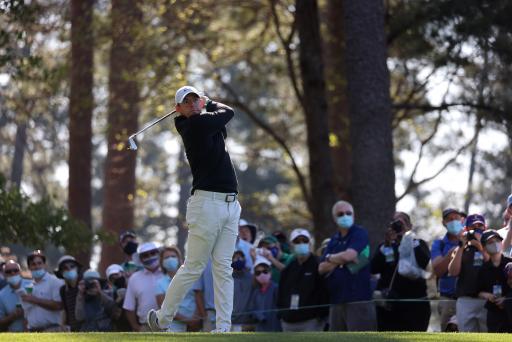 Rory McIlroy was left with a new outlook on golf's major championships after he visited a recovering Tiger Woods at his home recently and got a closer look at his trophy cabinet.

Woods has racked up 82 PGA Tour victories during his illustrious career, including 15 major titles and although he won't be competing at this week's Masters, he will most certainly be watching closely to see who will be taking home the Green Jacket.

During a press conference ahead of this week's event at Augusta National, McIlroy revealed that he was reminded of the importance of golf's four majors after visiting Woods at his home in Florida.

"I went over to Tiger's house a few weeks ago and in his family room he's got his 15 major trophies and I said, 'That's really cool, where are all the others?"' McIlroy said.

"That's all he cared about [winning majors], so how easy must that have felt for him to win all the others? He talked about these are the four weeks that matter, so the weeks that didn't matter he racked them up at a pretty fast clip.

"If all he cared about was four weeks a year, the other stuff must have just been like practice. That's a cool perspective to have, right? That's all I could think about on the way home - and I was glad he was okay too!"

With Woods recovering from a serious car crash that led to multiple surgeries, with pins and screws being left in his leg and ankle, the 45-year-old was unable to attend the Champion's Dinner, hosted by Dustin Johnson.

I’ll miss running up @DJohnsonPGA’s bill at the Champions Dinner tonight. It’s still one of my favorite nights of the year.

It's still unknown whether Woods will be able to return to the PGA Tour, but McIlroy believes every golf tournament is better when Woods is taking part and he hopes to see his friend back in action at some point in the future.

"Unfortunately, he's not here this year. Hopefully, if his recovery goes well, who knows, he could be back in 12 months' time. He's always missed when he doesn't play in these big events and that doesn't change this week.

"I know he's at home and he's fully focused on the recovery process and I feel like he's mentally strong enough to get through that. Once he does, broken bones heel, and he's just got to take it step by step.

"I know he'd love to be here, and I'm sure he's going to put everything he has into trying to be ready to play here next year."

NEXT PAGE: Groups and UK Tee Times for Round 1 and 2 of The Masters