Patrick Reed split up with Nike earlier in the season and wore his new clothing during the first round at The Masters. 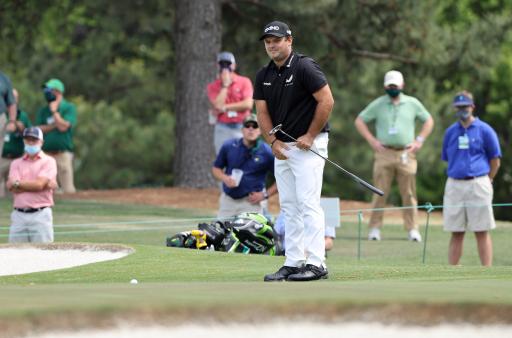 Patrick Reed is the latest athlete to become a brand ambassador for Castore, a popular British sportswear brand.

The 30-year-old American caught the eye of golf fans in January when he wore G/FORE clothing at the Sentry Tournament of Champions, which he purchased himself, after ending his partnership with Nike.

Reed was kitted out in his new Castore clothing for round one of The Masters, where the 2018 champion opened with a respectable 70.

"I’m always striving to improve and be at the top of my game and that is why partnering with Castore was a no-brainer," said Reed about his new sponsorship deal.

"Castore is an ambitious brand that stands for high performance and excellence and it’s brilliant to be debuting the collection at such a world-renowned event as the Masters."

Castore have picked up a number of high profile sportsmen and sports teams in recent years. They have endorsements with McLaren, Rangers Football Club and the West Indies Cricket team.

The company also has high profile investors such as two-time Wimbledon champion Sir Andy Murray and Castore co-founder Tom Beahon, who was excited to get the 2018 Masters champion on board.

"We’re hugely excited to have partnered with golfing heavyweight Patrick Reed and to debut our new collection at The Masters, an event that truly encapsulates our motto of ‘Better Never Stops," said Beahon.

"Patrick Reed is an industry champion, whose performance, determination and resolve makes him an ideal fit with the Castore brand and family. We’ve had a brilliant reception in the US and look forward to building our community there."

NEXT PAGE: BRYSON DECHAMBEAU REVEALS WHY HE STRUGGLED ON THURSDAY AT THE MASTERS